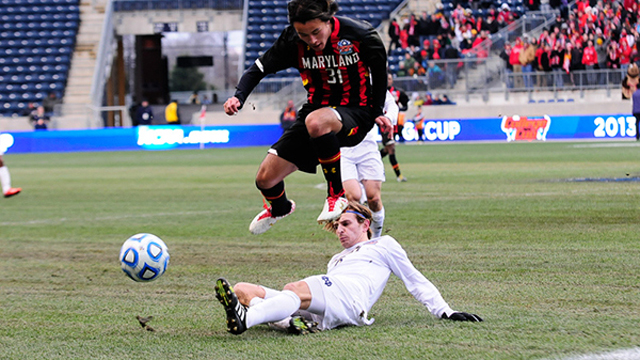 Will Notre Dame repeat? Will UCLA finally return to glory? Or will a new champion emerge? There are plenty of questions already for the 2014 men’s college soccer season and the spring season is not quite over yet.

With that in mind, TopDrawerSoccer.com has an early look at the top ten programs heading into the fall. 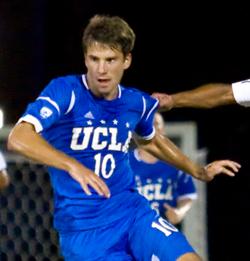 The Fighting Irish lost quite a few key contributors from last year’s national championship squad, but the champs stay at No. 1 for this early look at the top ten for 2014. For the Irish to keep hold of this spot, Nick Besler will need to step up in his role as the leader of the squad from the center midfield position. Rising sophomore Brandon Aubrey will also need to have a breakout campaign for the Irish to hold off the hungry challengers in the ACC.

With back-to-back top recruiting classes, there are some very lofty expectations for the Bruins in 2014. Adding to the pressure is the return of midfield general Leo Stolz who bypassed a Generation adidas offer from MLS to return to school and finish his degree. Stolz is the early favorite for the MAC Hermann Trophy and UCLA is the very early favorite to win the Pac-12 (assuming the top ranked recruiting class makes it to Westwood).

The big story of 2014 for Maryland will be the move to the Big Ten. On the soccer field, it will be how the Terps hope to replace the production of Patrick Mullins. Even with that massive black hole, Maryland still returns star goalkeeper Zack Steffen and much of the defense, which should keep the squad in the hunt for the conference and national crowns.

The Huskies return Pac-12 Freshman of the Year Cristian Roldan along with top scorer Darwin Jones, as the squad in Seattle looks to change its identity in a post-flip throw world. Jones and Roldan make up the bulk of an exciting attack that should flourish in 2014.

Freshman sensation Jordan Allen left early to take a Homegrown contract with Real Salt Lake, but Virginia still has one of the most talented squads in the country on paper including a plethora of capable goalkeepers.

The absence of Steve Neumann will make life difficult on the Hoyas in 2014 – especially through the early games – but a highly regarded incoming freshman class should help curb some of those woes. Also, rising sophomore Joshua Yaro is a brilliant eraser in the defense to clean up any mistakes in front of him.

The Cardinal needs to replace all-everything JJ Koval along with Aaron Kovar, but Corey Baird’s arrival paired with a more experienced Jordan Morris will make for one of the most dangerous attacks in the country.

The Tar Heels could not find much offense in 2013, but freshman-to-be Alan Winn should make an immediate impact and help diversify the attack. The return of Omar Holness will help Tar Heels control the midfield as well.

Another year of Andrew Brody and Ricardo Velasco is welcome news for Cardinals fans. That’s really the cherry on top of 2014, which features a new stadium and the first season in the ACC.

Between the already on campus freshmen and transfers, the Zips have revitalized the lineup for 2014 and look to build toward another success-filled campaign.