Five alternate candidates for the U20 MNT Managing an Under 20 team is no easy task, as a coach must deal with the off-the-field politics that is commonplace in today’s global game.

And that’s just what U.S. head coach Tab Ramos has dealt with over the last few year as he’s prepared for the start of the CONCACAF U20 qualifying tournament against Haiti on Monday night. Some players who would be candidates for this list simply won’t be released for the tournament because they’re busy playing first team games in Europe, ruling out the likes of Marc Pelosi and John Anthony Brooks who would otherwise be locks for a list such as this one.

Regardless, a coach has to pick a group and stay with it, but especially at the U20 level, plenty of options are out there. Here are five players who could have added something different to the U.S. final roster:

Tall’s appearance in a U.S. national team jersey may not be more than a dream for U.S. Soccer fans at this point. The Washington D.C.-born striker was selected for a camp with the France U18 Men’s National Team last season, and ended the camp as the leading scorer. Since then, Tall has emerged as a fixture with Les Bleus youth side and continues to lead the domestic league as the top scorer for Le Mans. 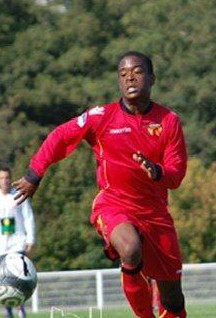 Tall was open (and hopeful) for a call up to the U.S. national team program before, but that dream seems to be slipping away with the passing days, as he continues to impress the top brass across the Atlantic. A big time move this summer is likely in the cards for the teenager, who has been compared to former Chelsea great Didier Drogba. One last ditch effort to place Tall on the U20 team could not have hurt, and may have been enough to make him reconsider his value to each national team’s future.

The standout for Akron the past two years, Yedlin officially made the jump to MLS ranks in early 2013, signing a homegrown deal with the Sounders. He only earned a look at one of the eight camps in 2012, but offers qualities that few players in the pool do: he’s excellent going forward, a good passer of the ball, and could play as either a right back or as an attacker in the 4-3-3 system the U20s are likely to employ.

Some may knock Yedlin’s one-v-one defending abilities, but if the U20s are team that wants to possess the ball and attack on the flanks, the former Zip would be a prime candidate to make that happen.

Speedy and dynamic, Julian Green has quickly emerged as one of the top options from the U.S. U18 Men’s National Team pool of players, which does mean he is eligible for the next U20 World Cup. However, Green could have been a very valuable addition to this year’s squad. The Bayern Munich youth team standout would have added some depth to the wings where this team looks weak.

Perhaps he will still get a look if the team does qualify for the World Cup, but with the German national team still hot on his trail it may all depend on Green allowing his youth international future to be tied up at this early age.

While Cunningham’s Euro odyssey hasn’t produced the same success as fellow American Joshua Gatt, Cunningham got a lot of valuable first team experience playing on loan for Staebek last year over in Norway. However, that involvement in first team action precluded him from U20 camps under Ramos.

Given the team’s potential defensive liabilities, and Cunningham’s ability to play in the middle or on the left side of the back line, he would be an extremely valuable option and provide the team with some much needed professional experience.

A veteran of the U.S. U17 MNT during the 2011 cycle, McBean brings valuable CONCACAF youth qualifying experience with him, something that this team lacks. The physical forward with a good frame, he’s yet to really hit his stride with the Galaxy in league play after signing with them as a 16 year old.

However, despite not seeing a lot of minutes in MLS action, the youngster notched three goals in the team’s 2012 CONCACAF Champions League campaign and would provide additional leadership and experience to the group that no one possesses outside of Luis Gil.