Five colleges to watch in 2012 The fall could be an interesting time in women’s college soccer. The traditional powers are expected to suffer serious roster absences with top players taking part in the U20 Women’s World Cup, which will be in Japan from August 19 to September 8.

With North Carolina, Stanford, UCLA, and many others expected to be without key members for the first couple months of the season, the door might be open enough for a new team to make the push into the conversation as one of the upper echelon programs in college soccer.

Before giving some reasoning to the five that made the list, the requirements for consideration were simple: no College Cup appearances. Ever. 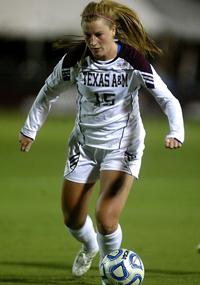 Granted, the Cowgirls are an obvious choice for any list regarding top programs, but Colin Carmichael’s group has yet to break through for a College Cup appearance despite his continuous success in Stillwater.

Last year ended in the most heartbreaking of ways with an Elite Eight defeat to eventual champion Stanford in overtime. This season could be the perfect mix of timing and talent that the Big 12 powerhouse needs to make the College Cup dream a reality.

Goalkeeper Adrianna Franch, who is already regarded as one of the best ever at her position, is entering her final season and desperately wants to end her stellar career by taking the Cowgirls to new highs.

The concern for Carmichael and his group should be the schedule. The Cowgirls are only playing one out of conference game against a team that finished in the top 50 in RPI last season [at Memphis on September 2]. The lack of quality games could hurt when seeding comes along and pits the Orange against traditional powers before College Cup once again.

Perhaps new scenery and two promising sophomores will help coach G Guerrieri and the Aggies break through the invisible wall and make it to College Cup in 2012.

In the seemingly endless cycle of conference realignment, Texas A&M will join the SEC in the fall.

A new set of challenges awaits the Aggies in the conference, but at least the program can bank on last season’s leading scorers Kelley Monogue and Annie Kunz returning for their sophomore seasons.

If Monogue and Kunz continue to pace the attack, the Aggies could finally win an Elite Eight game after four previous failures at that stage.

Long Beach was a bit of a surprise in the NCAA tournament last season with upset wins over Pepperdine, Miami, and USD before losing to Duke in the Elite Eight.

The Big West program had zero NCAA tournament victories prior to 2011, but head coach Mauricio Ingrassia is out to prove his group is not a one hit wonder.

He will have his work cut out for him in the fall with many players graduating from last season’s Cinderella story. However, prolific striker Nadia Link (16 goals, 10 assists) will keep the Beach in the conversation as a sleeper pick for 2012.

Last fall was a historic season for the Tigers. Memphis was in the top ten in both goals scored and goals against average, but the regular season accolades meant nothing in the postseason and Louisville knocked off the Tigers in the second round.

Head coach Brooks Monaghan continues to improve with every season, and this fall could be the year that he leads his team to the College Cup and into the conversation with other elite programs.

Memphis will be dealing with turnover and absences in 2012 though. After graduating a few consistent starters and having a couple of players earn the right to play at the U20 Women’s World Cup for Canada and Mexico, Monaghan will need to use all his experience to keep up the positive run off the past few years.

The Bulldogs have been a consistent presence in the postseason with four appearances in the last five seasons.

Victories in the NCAA tournament have been hard to come by for Georgia, but head coach Steve Holeman has an exciting young squad that could be a major force on the national scene in the near future.

Junior midfielder Alexa Newfield figures to be one of the top players to watch in the nation after registering 40 points in her sophomore season in 2011.