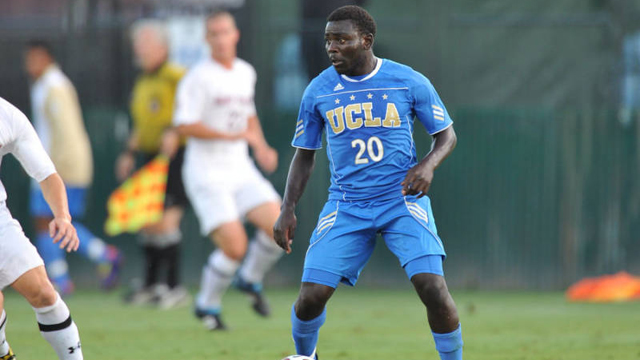 The end of the season is a scary place where one game can mean everything for the perception of the previous three months. Check out the breakdown of five of the best games to watch this week.

Quietly UCLA has started to run away with the conference crown in the Pac-12 and there is little time for anyone to catch up, but the games still hold a lot of meaning for NCAA tournament seeding with the likelihood of most of the conferences making the Big Dance. Cal edged UCLA 3-2 in the first meeting this season, which was a wild affair. UCLA has been a bit sharper since then while it seems like the Golden Bears have been in hibernation. If California is going to win this important Pac-12 tilt, the visitor’s midfielders will need to have their best game of the season. The Golden Bears also need to pick on the outside backs for the Bruins, which might be one of the few soft spots on the team following the unfortunate season-ending injury to right back Nathan Smith last week.

Rhode ISLAND!!!!!! Rhody is back and can wrap up the regular season crown for the Atlantic 10 on Sunday with a result against Saint Louis. It’s been a magical season for the boys in that magnificent shade of Blue. After starting the year 0-2-1, Rhode Island rallied and rattled off an impressive run of form for the past six weeks. Is it sustainable? The road clash against the Billikens is a good measuring stick. Saint Louis is 9-0 at home and Robert Kristo might be a superhero.

Penn State finally won a game again! After losing three in a row, the Nittany Lions bounced back with a win against Wisconsin and now Penn State closes out conference play with a road game against Northwestern. A win for Penn State guarantees at least a share of the Big Ten regular season crown for the third season in a row. Northwestern is scratching and clawing to keep the undefeated home record intact with the Big Ten Tournament looming.

Connecticut is another program that started the season with little success, but has responded well recently and is rolling now. The Huskies make the long trek to USF for the final regular season game on the schedule. South Florida is searching for answers after slumping through a 1-2-1 stretch over the last four games. Lucas Baldin has been the key piece for the Bulls this season and they need to get him going against the Huskies.

Big South Conference action swoon. The two undefeated beasts of the conference square off on Saturday when Radford hosts Coastal in the likely decider for the regular season crown. Radford is a peachy 3-0-1 at home this season, which tips the scales slightly in its favor.