While much of the attention for the next month revolves around incoming recruits from high school heading to college campuses in the fall, there is another pipeline that has proven to be just as valuable for successful programs – college transfers. Recent Pac-12 Player of the Year Leo Stolz transferred from George Mason to UCLA following his freshman season and seems to be enjoying the change in scenery.

There will be plenty of other players who follow in Stolz’s footsteps over the next few months. Some will have a similar level of impact while others will not quite reach that stage. 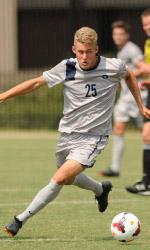 Matt Foldesy, Indiana– The Hoosiers already announced this transfer earlier this month along with the addition of three other players joining the program during the spring. Foldesy is a technical midfielder who will be a junior in the fall. He played for two seasons with Akron. He made 10 starts for the Zips in 2013. “Matt [Foldesy] joins us from Akron and will immediately help our team with his versatility, range and toughness,” Indiana coach Todd Yeagley said in a release. “Matt will play a large role in helping to fill vital roles in midfield after losing Harrison Petts, A.J. Corrado and Nikita Kotlov to graduation.”

Jared Odenbeck, Wake Forest – Like the Hoosiers, Wake Forest already put out a release about players joining the program for the spring. Odenbeck was the lone transfer for the group as he comes across from Georgetown. The former Charlotte Soccer Academy standout will be a key piece for Wake Forest after losing six players to professional soccer deals following the 2013 season. “Jared [Odenbeck] is a versatile player who can play either centerback or holding mid and gained valuable collegiate experience last year at Georgetown," Wake Forest head coach Jay Vidovich said in a release. "He fits in tune with what we're looking for which are defenders who can help build the attack."

Sean Sepe, Akron – The leading scorer for St. John’s last season is headed to the MAC? It’s amazing the kind of pull Akron has, but Sepe is just another player who couldn’t resist the allure of playing for one of the top programs in the country. Sepe was an All Big-East Second Team member last season and should help fill the shoes of Reinaldo Brenes. Akron announced this transfer earlier this month along with three other new additions for the spring season.

Reed Norton, NC State – The 2014 class is shaping up to be a really good one for the Wolfpack, and Norton is icing on top of the cake. The former U17 MNT member started all 37 games during his two seasons with Georgia Southern. Norton is a versatile, technical player who should fit any need that NC State may have this fall.

Larry Ndjock, UCLA – UCLA has not announced this transfer, but the player made it known on his Twitter account that he was transferring to the Pac-12 powerhouse. Ndjock, from Berlin, Germany, will be a junior this fall. He is an athletic striker with a nose for the goal. He still needs some time to refine his game, but with Stolz providing the service, he will have plenty of opportunities to score for the Bruins.

Midfielder John Stojcevski is transferring to Adelphi from Victoria University in Melbourne, Australia.