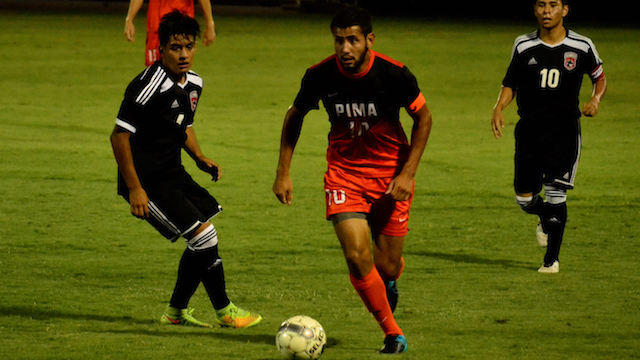 The college soccer offseason is usually full of movement as players look for new homes prior to the start of the spring season. The movement has been nonstop since the end of the college season with players bolting for new homes.

TopDrawerSoccer gives a run down of five of the most noteworthy transfers of the offseason so far.

Standout forwards from the junior college level have had some success in recent years at the Division I level. Romero could be the next in that pipeline. Romero is joining UCLA after spending the past two seasons playing at the junior college level. The forward was prolific at that level last season, scoring 32 goals in 23 games for Pima. The question for UCLA and Romero is how much playing time he will get with the top scorers from the Bruins back for 2016. Romero’s skills are different from the other attackers on the UCLA roster, which should present him with the opportunity to excel this fall.

The former Vardar standout is looking to get his college career back on track as he moves back to Michigan. Popovic has quite the resume including a call-up to the U.S. U20 Men’s National Team back in August of 2015. “As one of the top recruits in the country, Nash [Popovic] is a very talented attacking player who was the leading goal scorer in the U.S. Soccer [Development ] Academy,” Oakland associate head coach Stephen Gorton said when the Grizzlies announced the transfer. “He has a knack for scoring goals and putting himself and teammates in good positions.” Popovic was awarded a medical redshirt and will have four years of eligibility remaining, as foot surgery limited him last season to five appearances in 2015.

Maryland picked up a pair of great transfers in Gordon Wild and Rozhansky for 2016. Wild is a talented forward who did exceptionally well in his debut season with USC Upstate last season, and he'll add depth to Maryland's already talented offense. Rozhansky has proven his quality in the ACC for the past two seasons while leading the Virginia midfield. He looks like the obvious replacement for Mael Corboz, who signed a Homegrown deal with the New York Red Bulls. Rozhansky and Wild could be the best two players to transfer in the offseason and they are both headed to Maryland.

Penn State only had one player score more than three goals in 2015 so improving on the attack was one of the priorities of the offseason for the Big Ten side. Sigue offers a quality option for the Nittany Lions, who should be ready to contribute in 2016. Sigue, a Canadian youth national team member, played in 32 games over two seasons with Tulsa. “Aymar [Sigue] can be the whole package for me as a number nine,” Penn State head coach Bob Warming said when announcing the transfer. “When he has played with the U20 National Team, he is a difference maker.”

Smith started 38 games for Oregon State over the past two seasons. The defensive midfielder could step immediately into the starting lineup for the Pioneers. “We are excited to add Graham Smith to the family,” Denver head coach Jamie Franks said when announcing the transfer. “He is an extremely competitive kid who will relish the opportunity to bring a National Championship to his hometown city.”