Green Player of The Week, ‘Noles still No. 1 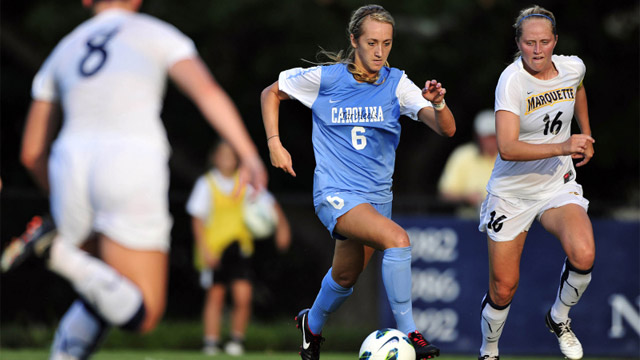 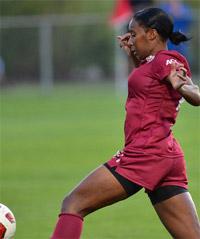 There biggest upward mover in the top end of the ranking is Texas A&M, up to #4 from last week’s #8. Other sharp risers include Virginia Tech, Rutgers, Connecticut, San Diego State, Washington and BYU. New arrivals this week include Ohio State as an at-large and Dayton and Princeton for the Atlantic 10 and Ivy League spots, respectively

Meanwhile, North Carolina’s Summer Green is our Women’s College Soccer Player of the Week after she scored 4 goals to help the Tar Heels to a pair of wins over the weekend. The honor, along with the 11-player Team of the Week, is awarded each week after a review of match reports through DI women’s college soccer.

GK: Dayle Colpitts, Virginia Tech – Posted a pair of shutouts and recorded 6 saves in a pair of wins for the Hokies.

D: Amber Brooks, North Carolina – Went 180 minutes in the back line and scored twice as UNC took a pair of non-conference wins.

D: Alina Garciamendez, Stanford – Always a force in the back line, Garciamendez added a pair of goals including the gamewinner vs. Boston University as the Cardinal win twice.

D: Rachel Lenz, Texas A&M – Went 180 minutes in the back as the Aggies recorded a pair of shutout wins.