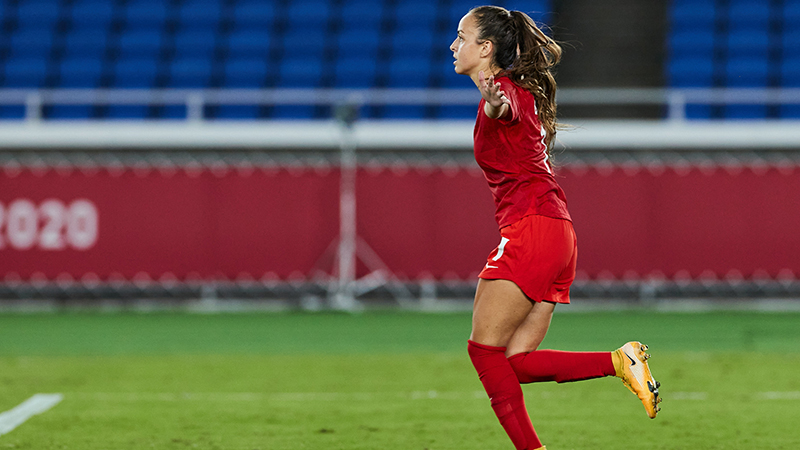 Texas midfielder Julia Grosso will bring a gold medal with her back to Austin when the DI season starts this month.

The up-and-coming Canadian standout helped her side win the Olympic final against Sweden, 3-2 on penalty kicks after a 1-1 draw over 120 minutes.

Grosso netted the decisive penalty for Canada in spot kicks, as her attempt was deflected in by the Swedish goalkeeper. A junior at Texas in the fall, she's entered the match as a substitute at the start of the second half.

Former UCLA star Jessie Fleming connected on a penalty kick in the second half for Canada, which tied the game by 1-1 at the time. She was one of several former Division I college players on the field for Canada on the day.