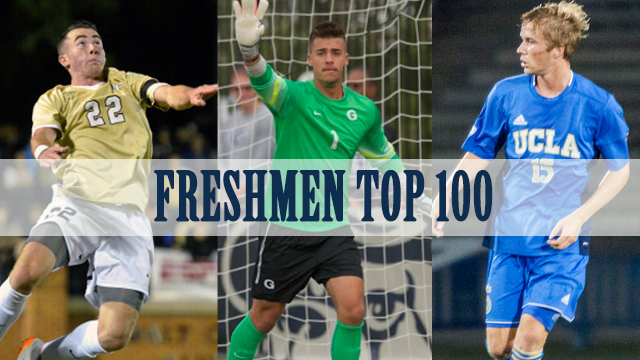 The update of the current crop of top-rated freshman college players includes a tantalizing haul of first-year college stars making a quick mark on the game out of the box. Just months after earning the national Gatorade High School Player of the Year honor, Wake Forest's Jack Harrison debuts at No. 1. Harrison leads the No. 2 Demon Deacons with 17 points, including four goals and nine assists.

Maryland is the lone program with multiple players inside the top 10. Forward Sebastian Elney and midfielder Amar Sejdic are stationed at No. 6 and No. 9, respectively, for the No. 24 Terps. Elney leads the line with six goals and a pair of assists, while RSL academy project Sejdic has two goals and two assists apiece in 13 matches so far this season.