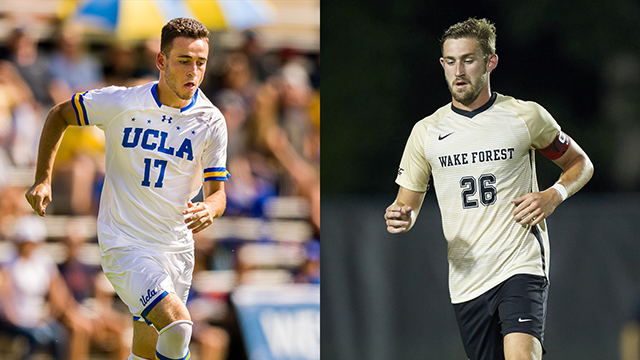 The Colorado Rapids have added two of college soccer's top talents from last fall to their 2019 roster.

“Today we take another step forward with the signings of Colorado natives Sam Raben and Matt Hundley,” Colorado Rapids’ Executive Vice President and General Manager Pádraig Smith said in a release. “With the support of their families and our academy coaches both of these young men take the next step in their professional careers.”

Across a four-year career at Wake, Raben made 91 starts, anchoring a defense that picked up 46 shutouts during his time in Winston-Salem. He led the Demon Deacons to the College Cup in 2016 and 2017. Prior to joining Wake Forest, he played for the Rapids Academy and competed in the summer for Colorado's U23 teams the past two summers.

Hundley, a member of the U.S. Under-17 Men's National Team pool during the 2017 World Cup cycle, played one season at UCLA. He made 19 appearances, starting in 14 games, while scoring five goals and adding seven assists.