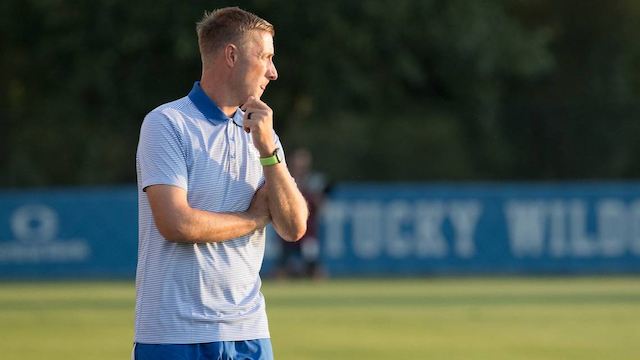 The University of Kentucky made a surprising move in the women’s soccer leadership position on Friday. Ian Carry, head coach of the Kentucky women’s soccer team, was relieved of his duties, Kentucky Athletic Director Mitch Barnhart announced.

There was no reason given for the midseason move in the press release. Assistant coach Paul Babba will serve as the interim head coach, as Kentucky begins the search for a replacement.

Coaching changes midseason are not common in college soccer. Chris Henderson of WoSoIndependent.com remarked on the shocking news.

I could probably regale you with league W-L-D stats or the revolving door of transfers out of this program for the past half-decade, but just know this:

Nobody *ever* gets fired in NCAA WoSo with a quarter of the season to play.