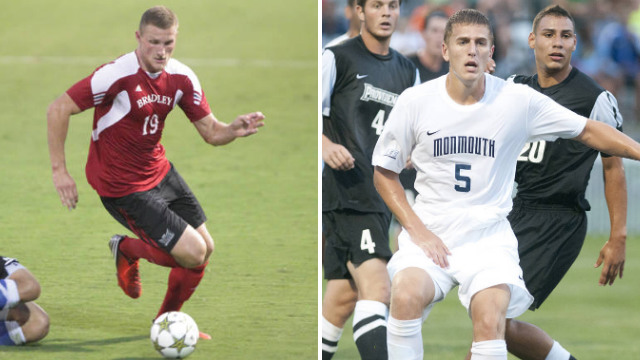 Update: The final games of the 2012 MAAC regular season were cancelled due to Hurrcane Sandy, thus no title holder from the regular season.

The merry-go-round of conference moves has left its mark on just about every corner of college soccer, and the Metro Atlantic is no different. After the departure of Loyola (MD), Monmouth and Quinnipiac stepped into the fold as replacements, and should be able to contend right away in their new conference. But like several conferences of its stature, it’s anyone’s to win, provided they can secure a top four finish and a spot in the conference tournament. 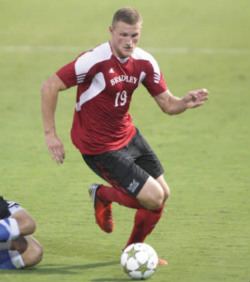 Leading Niagara is a strong junior class, with leading scorer Callum Willmott returning, along with Roberto Andersson, Ken Cooper, Julian Cooper and Nick Garcia amongst those who will look to build upon last year’s NCAA tournament appearance. Keeping center midfielder Jacob Ohlin healthy is a big key as well for new head coach Eric Barnes, who took the reigns earlier in 2013 after serving as an assistant coach during last year’s run to a tournament spot.

Change is also the name of the game at Siena, after the departure of former head coach Gareth Elliot, who took over at his former alma mater Rhode Island. Cesar Markovic, formerly of NJIT and Stony Brook, took over and brought in 16 new freshmen as part of his first recruiting class. With the gradation of Sindre Ek the team needs to find a new goal scorer, but they did retain top assist man James Beeston, as they chase a MAAC title.

After a dominant reign in the Northeast Conference, Monmouth takes aim at new opposition heading into the 2013 campaign. If all follows the team’s course, they should be able to contend behind their seniors Joseph Schmid, Jacob Rubinstein and last year’s leading scorer Francois Navarro. Matthew Jeffrey anchors an outstanding back line, and his partnership with Emmanuel Senyah will be one of the main keys for Monmouth to taste success in its first season in the MAAC.

The other new program, Quinnipiac, won its first-ever regular season title in the Northeast Conference in 2012, but won’t defend that crown at all in its new digs. Last year’s success was driven by a strong senior core that has since graduated, and accounted for its four top scorers. Returning forwards Machel Baker and Ola Ogunjobi will get plenty of more minutes to try and account for that, while rising sophomores Erik Panzer and Stevenson Hawkey return to anchor the defense in front of goalkeeper Borja Angoitia.

Despite a sub-.500 record overall, Iona College nabbed the fourth and final conference spot last season, and will hope to hold off the newcomers and make it back to the tournament, as will programs that just missed out last year, including middle-of-the-pack finishers Saint Peter's, Fairfield and Rider.

The big offseason shift in the MVC was the departure of Creighton to the new Big East, creating opportunity along with a new challenge for the six programs eyeing the coveted NCAA tournament spot.

On paper, both SIUE and Bradley looked poised to fill that role, with both programs securing double digit wins overall in 2012. Three big pieces of the back five are returning for SIUE in goalkeeper John Berner and defenders Brett Lane and Matt Polster. The defense was a big part of the team’s strength, particularly in conference play, where they conceded just six goals in six games. Christian Volesky, the team’s leading scorer in 2012 with nine tallies, is also back for his junior year.

With a strong senior core, the Bradley Braves have just as good a chance of emerging from the new-look MVC. Top scorer Jochen Graf is gone, but points leader Keegan Balle (7 goals, 4 assists) is back and out to build on a career year in 2012. Ten seniors are on the roster altogether, including goalkeeper Brian Billings, forwards Wojciech Wojcik, Scott Davis, midfielder Ross Williams and defender Alexei Davies-Campbell who will look to finish off their college careers on a high. The team also welcomes a couple of familiar newcomers, as attacker Alon Badat looks to make an impact after missing 2012 with an ACL injury, while Aaron Birk also sat out last year after transferring.

The one new entrant supplanting Creighton is Loyola-Chicago, a team that has enjoyed its share of success in the Horizon League – making the tournament as recently as 2011 – brings a new coach with them to a new conference, as former Northwestern associate head coach Neil Jones is now in charge of the Ramblers. While it was mostly a season to forget from a results perspective in 2012, they did retain the services of key contributors Andrew Raymonds, Dane Bergstrom and Jake Savino for the move to the MVC.

One program that shouldn’t be overlooked in the MVC is Evansville, which put together a very solid campaign in 2012 and returns a number of key players. That includes the team’s top six scorers, as Faik Hajderovic, Mark Gonzalez, Jesse Sharp, Nick Schroeder, Dylan Terry and Nate Opperman will compete for minutes and goals in the upcoming campaign. If one or two can have a breakout season and tally in the double digits, it could mean wonders for Evansville’s chances of snatching a top spot in the regular season.