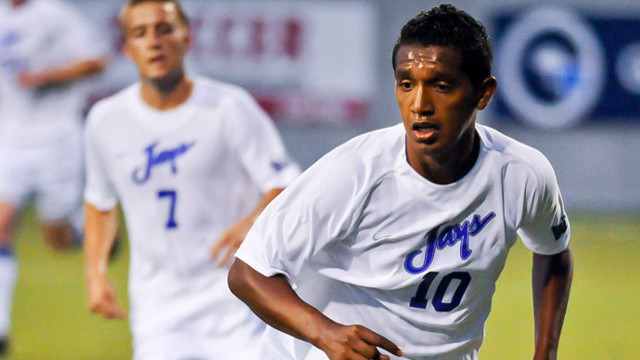 In two weeks, the Missouri Athletic Club and the NSCAA will release a semifinalist list for the Hermann Trophy, which is college soccer’s equivalent to the Heisman Trophy. Prior to the official release, TopDrawerSoccer.com decided to take a look at ten of the players who are the favorites entering the postseason to lift the historic hardware.

The junior forward led the Terps in scoring in 2012 with 13 goals and eight assists. The output was good enough for Mullins to nab the ACC Player of the Year and firmly plant his flag in the discussion for the Hermann. A late season run through the NCAA Tournament could push him above the rest in the race for college soccer’s top honor. 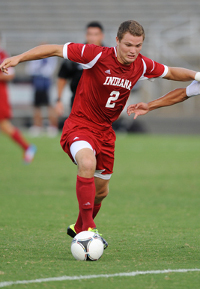 With 23 goals to his name, Thomas leads the nation in goals scored this season, which is enough to get him on the list (although he was overlooked on the initial list in August). The fact that Thomas did this when every defense knew he was the main for Elon is even more impressive.

When Zardes was healthy this season, he was unstoppable. Unfortunately, he suffered through a minor injury in the beginning stages of the season, which sidelined his Hermann campaign for a period. He finished the season with 15 goals and nine assists.

Credentials: Big East Off. Player of the Year

Finley leads the #1 team in the nation, according to the postseason seeding, in scoring with 20 goals this season. Remarkably, every one of his goals has come from a substitute appearance, as Finley has not started one game this season. The supersub role may work against him in this award. It also should be noted that his teammate Dillon Powers has an equal, if not larger, claim to the success of the Irish this season.

The maestro of Creighton was absurdly left off the MAC Hermann Trophy Watch List at the start of the season, but he definitely should make the semifinalist list. Gomez has been asked to do everything for Creighton this season while the coaching staff figured out what they had with this roster. His skill and technical ability let the Jays dictate the game on many occasions.

Credentials: MAC Player of the Year

There was pressure heading into the season on Caldwell to carry a relatively young Akron squad. The New England Revolutions product has not let anyone down. Consistently he has produced for the Zips (both in the stats and in the ability to retain possession throughout the game). Caldwell is not as flashy as the Zips who have won this award before him, but he deserves the same amount of attention.

Lopez was the standout of the season for the North Carolina Tar Heels. The center midfielder did a bit of everything, but mainly set the tone in terms of distribution and speed of play. His stats will not wow, but his play on the field did this season.

Zavaleta scored 16 of Indiana’s 32 goals this season. Those are not quite Will Bruin numbers, but that is impressive output for a striker who was constantly double and triple teamed. The sophomore’s main fault may be the lack of any team awards for Indiana yet.

The U.S. U20 Men’s National Team defender makes his way onto the list after he beat the sophomore slump and enjoyed a strong showing in his second (and perhaps last) collegiate season. Zimmerman’s main knock is Furman’s inability to make the postseason.

There were games this season when Andre Blake stood on his head and made three or four saves in a row to help Connecticut win the game. If this award was simply handed out on who had the best highlight reel, it would be hard to argue against Blake.