My mother wanted my sister and me to be respectable adults when we grew up. Opinions vary on her success with me, but she left our sibling squabbles with one commandment: “If you don’t have anything nice to say, don’t say anything at all.”

It led to a lot of silence and backhanded compliments around the house.

In previous years I have followed that same advice when it comes to the Missouri Athletic Club (MAC) Hermann Trophy Watch List, which was released on Monday. I have sought to avoid letting out a diatribe about the players who were not recognized by the voters for the award.

This year’s list, however, pushed me over the edge. 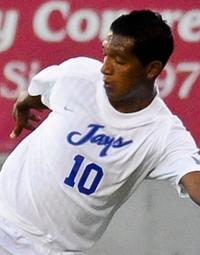 While I may disagree with the selection for winner most seasons, the overall mystique of the award is second to none in college soccer.

However, the process for naming players to the Watch List needs to be reconsidered.

During the preseason, the MAC and NSCAA (the representative body of college coaches) release a large list of players that are flagged as candidates to monitor for the season. This is the Watch List.

This year’s list includes 42 players for the men and 38 for the women.

The list is not complete and it does not claim to be. Every year some player misses out on the Watch List but still makes it into the discussion for a semifinalist spot (last 15 names) or even finalist (the final three players).

The reward of the Watch List is the recognition. Every college soccer journalist’s email inbox is heavily hit on the day it is dropped with sports information directors rapidly getting out releases to distinguish the top players in the program.

Unfortunately, when the conversation turns to who did not make the list instead of who did, it belittles the appreciation for the players who truly deserve the time in the limelight.

This year’s list, specifically for the men, is probably generating even more conversation about the overall process to determining the names on the list.

One of the main sticking points of this preseason list has come at the expense of Iona.

Iona College, a program that has done well in recent years, but has not put a team into the NCAA tournament in the last decade, managed to have FOUR players selected for the 42-player catalog.

Not to sandbag the players on the Gaels, who are quality and deserve the respect that comes with this honor, but that many players from one program is bound to raise eyebrows.

At the collective level, Iona has not received much respect this preseason with zero appearances on any top 25 poll, including the NSCAA (coaches) poll that was released last week.

Something is off when a team has 10 percent of the top 42 players in the nation, but is not considered one of the top 38 programs (additional teams receive votes but don’t make the top 25) in the land.

Iona is just one, albeit robust, example as to what exactly needs to be reconsidered with this Watch List.

On the other side of the spectrum, UCLA, the second best team in the nation according to aforementioned poll, did not put one player on this list.

The unfortunate part of the list, like any ranking, is the players that are left off. Ironically, these players are normally the ones that are pushing college soccer in the right direction.

These are the players that genuine college soccer fans grow to appreciate because they enrich the game and make it enjoyable to stare at an Internet stream for two hours, knowing something brilliant will happen when said player is on the field.

Someone like Creighton’s Jose Gomez is a good example. He has consistently produced magic for the past two seasons in Omaha, but has been denied an adequate level of respect from opposing coaches. This could be another reason why Creighton keeps winning.

The senior midfielder does things on the field that not many casual sports fans appreciate, but teammates absolutely adore him (and a smart scout/agent will pick up on this).

He is not alone though, and that is the problem. These lists need to highlight those players and educate the casual fan about the quality that is out there.

Just like every other player in Division I soccer, Gomez still has a shot at the award, and he should be the in conversation when the MAC gets serious about it, but missing out on an obvious talent like him is why the NSCAA and the MAC should reconsider the approach with the Watch List.