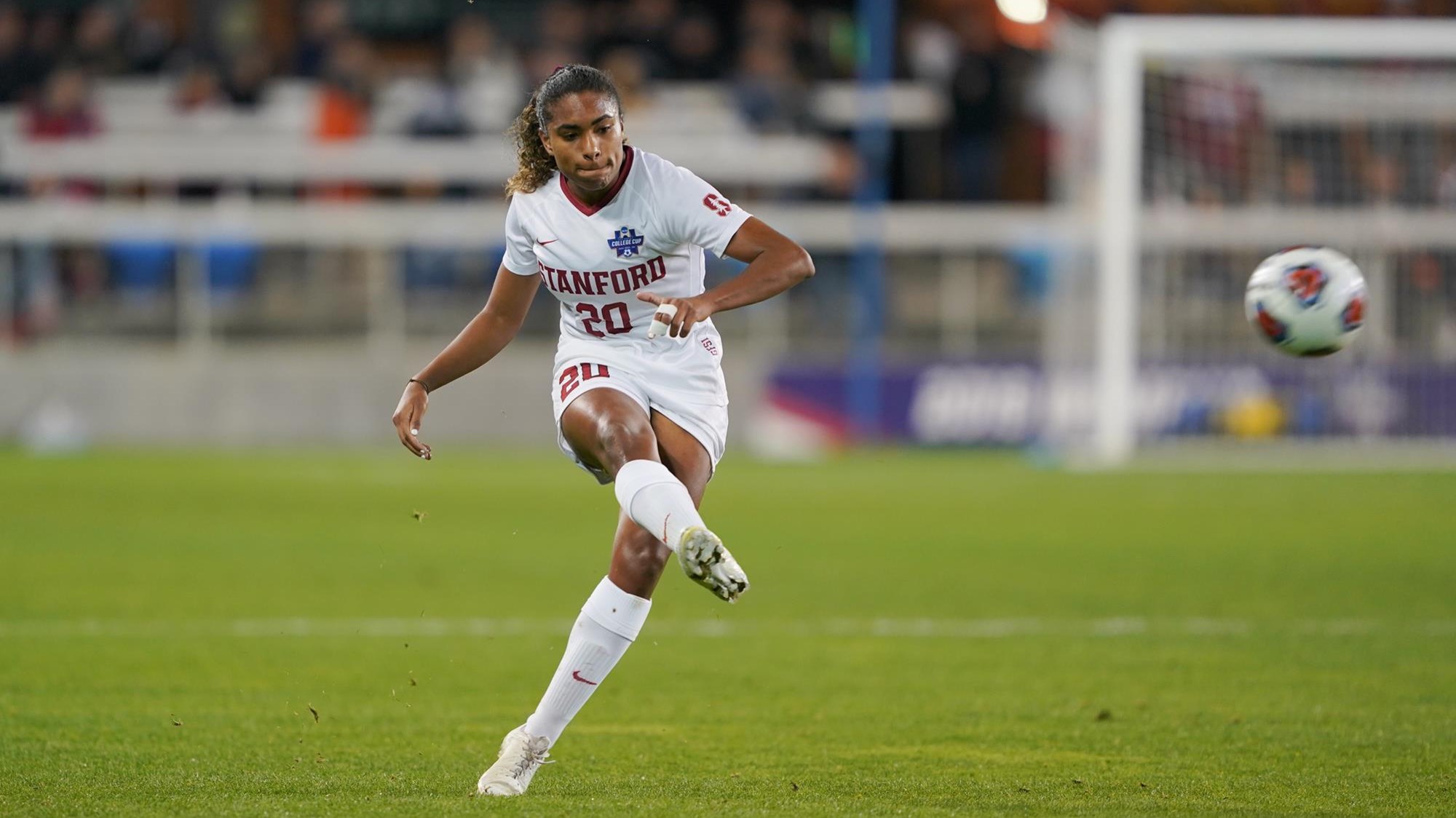 Catarina Macario is officially a pro.

Currently in camp with the U.S. women's national team, Macario has signed a two and a half year with French giants Olympique Lyonnais, the club announced on the eve of the NWSL Draft.

Macario announced last week her intentions to leave Stanford ahead of the scheduled spring 2021 campaign.

"It’s an honor for me to have signed with such an amazing club," Macario said in a statement. "I am really looking forward joining the team and continuing to build on the legacy of success.”

Macario was college soccer's best player from 2017-2019, winning two national championships at Stanford. She finishes her career with 63 goals and 47 assists in 68 games, making the national semifinals in all three seasons with the Cardinal.