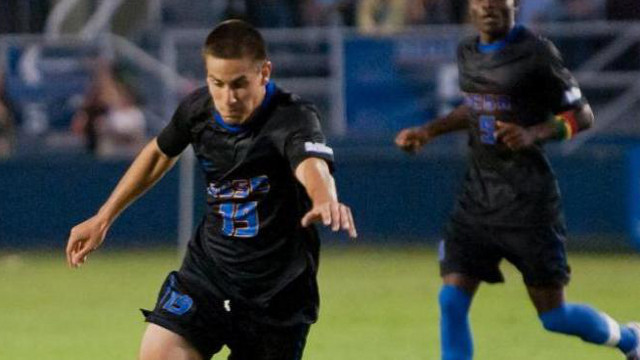 It is time to start worrying UC Santa Barbara and CSU Bakersfield fans. After another weekend with surprising losses, the clock is ticking on two conference favorites in hope of making it to the NCAA Tournament.  Plus an update on the proceedings from two conferences without tournaments.

UC Santa Barbara had a week of ups and downs. The Gauchos started the week with news that Dom Sarle, the team leader in assists this season and last season, had unexpectedly left the program due to "personal reasons," according to head coach Tim Vom Steeg.

Compounding on the loss of Sarle, the Gauchos dropped a 1-0 result to UC Davis on Saturday to fall to third place in the Big West North Division after five games. The Gauchos did rebound to start this week though with senior Machael David returning to the lineup. David helped spur the UCSB attack to a 2-0 win over Sacramento State on Tuesday. 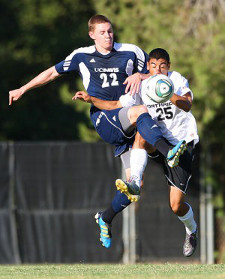 In the Big West South Division, Cal State Northridge(m) holds the top spot and a comfortable lead with a 4-1-0 record. UC Riverside and UC Irvine are tied for second with 1-4-0 records.

The Falcons are top of the Mountain Division with a one-point lead over New Mexico after five games.

In the Pacific Division, San Jose State beat CSU Bakersfield 1-0 to sweep the regular season series. CSU Bakersfield, like UCSB, is in dire need of some good wins over the last month of the regular season to have a chance at the NCAA Tournament. A MPSF Conference Tournament Championship might be the only way in for Gyasi Zardes and the Roadrunners.

As for Zardes, he scored four goals on Sunday against Seattle to push his season tally to 11 goals and six assists.

Is One Point Enough?

Washington holds a one point lead over UCLA in the Pacific 12 race at the midway point of conference play. Will it be enough for the Huskies to take the Pac-12 crown from the defending champs?

UCLA has this week off after beating San Diego State 4-3 on Friday. The Bruins get Javan Torre back from international duty this week as well, as the freshman was off in Spain with the U.S. U20 Men’s National Team.

The Huskies travel to the Bay Area for games against California and Stanford this weekend. Six points are basically a necessity with UCLA nipping at Washington’s heels at every step.

Both Santa Clara and San Diego are 5-1 in the West Coast Conference at the midway point in league play. The Toreros are riding a five-game winning streak after dropping the first game of conference play to Santa Clara.

The Broncos have won seven of their last eight. Senior attacker Erik Hurtado has been the catalyst in the attack with 11 goals and four assists on the year.

Just like last year, the WCC title and automatic berth to the NCAA Tournament looks like it will come down to the last weekend of the season.