Men’s College Field Whittled Down to 16 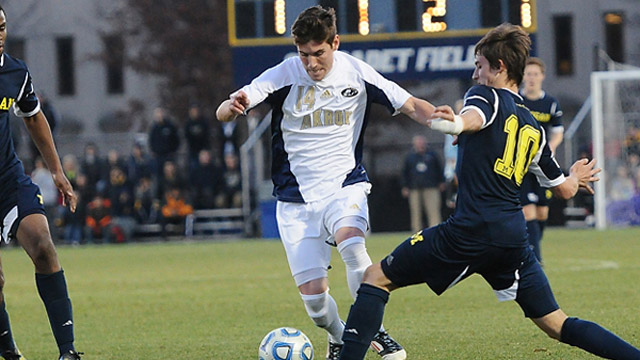 Akron remains #1 in the TopDrawerSoccer.com Tournament 48 National Ranking this week, following a 2-1 second round NCAA Tournament victory over Michigan. 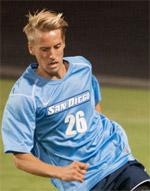 Meanwhile, San Diego’s Connor Brandt is our TopDrawerSoccer.com Men’s College Soccer Player of the Week after his offensive exploits for the Toreros this week, including an overtime winner against Cal State Northridge(m). Recipients of the honor, along with the entire Team of the Week, are chosen after examining Division I match summaries each week.

GK: Jacob Lissek, Fairleigh Dickinson – Made some highlight reel saves in helping the Knights to a pair of NCAA Tournament wins.

D: Jarrett Baughman, Northwestern – Went 180 minutes in the back line as the Wildcats won a pair of 1-0 decisions.

D:  Nikko Boxall, Northwestern – Went 180 minutes in the back line as the Wildcats won a pair of 1-0 decisions.

D: Jose Ribas, Creighton – Recorded a pair of assists in the Blue Jays 4-2 win over Washington.

M: Pedro Ribeiro, Coastal Carolina – Scored a pair of goals as the Chanticleers won a pair of NCAA Tournament matches.

M: Dillon Powers, Notre Dame – Recorded 2 assists and bossed the midfield in a 3-0 win by the Fighting Irish over Michigan State.

F: Louis Clark, Syracuse – Scored 2 goals and added an assist in a 3-2 win over VCU.