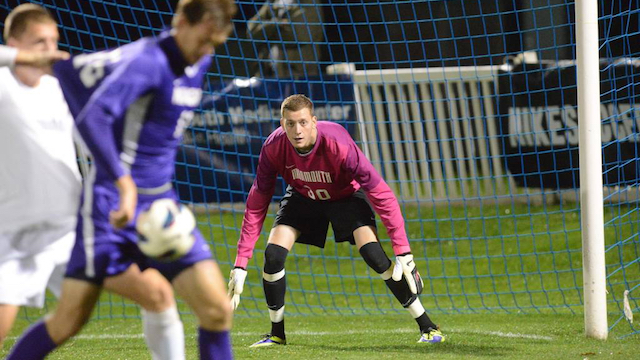 The men’s Division I season kicks off on Friday with a number of great games on the schedule. Below TDS profiles five games to watch as well as three players to watch from the opening weekend of games for the 2015 season.

The triumphant return of Jordan Morris comes on Friday night at Harder Stadium. Stanford is taking the show on the road to start the season with games at UCSB and then at Louisville. The tough schedule should provide a good test for Jeremy Gunn’s group, which is fresh off winning the Pac-12 title in 2014. The Cardinal smoked UCSB last year 4-1 so there is a bit of revenge on the mind for the home squad. UCSB started five newcomers in their final exhibition of the preseason. Keep an eye on Geoffrey Acheampong, who could be the most dynamic of the bunch.

The Maryland schedule is ridiculously difficult this season. It starts on Friday with a game in Bloomington, Indiana against Notre Dame. The young Maryland Terps will be tested against the experienced Notre Dame side. Patrick Hodan will test the Maryland defense, especially the outside backs. This will be one of the games that should feature a number of future professional players.

The defending national champions begin the quest to defend the crown on Friday with ah home game against Charlotte. It’s a challenging start to the campaign for Virginia. Charlotte was a top 10 team last season and did not lose much in the offseason. Kyle Parker and the Charlotte attack will test the Virginia defense early and often. Virginia’s 4-0 loss to Georgetown to close out exhibition play was exactly the note that they wanted to take into the real games this week.

Georgetown starts the season on the road with games against Florida Gulf Coast and USF. The Hoyas two-game stand in Florida should be a good test for the squad, which is one of the favorites to win the title this year. The preseason has been good to Brian Wiese’s group and they enter 2015 healthy and eager to take on any challengers. The big question is in goal where there has been a competition throughout the preseason for who gets the starting nod and the honor of saying they played with Joshua Yaro.

Bobby Muuss’ first official game in charge of Wake Forest is on Friday. The new head coach was undefeated in the preseason, but that does not mean much for his record. Muuss’ roster is full of talent and there is a lot of potential for a great year in Winston-Salem. The first game is a good measuring stick for the group, as Santa Clara is a quality side looking for national attention with a game against an ACC power.

Loyola Marymount midfielder Adrien Perez had a strong preseason and will look to continue to keep that form into the real games. Perez had a goal and an assist in LMU’s final warm-up against Cal State Northridge last week. The talented midfielder is one of the best in the WCC and faces off against one of the top forwards in Division I in Daniel Musovski.

South Florida midfielder Lindo Mfeka has started every game since his arrival with the Bulls. He has been an interegal part of the USF program and continues to improve with each season. This weekend, he will be tested against some of the best as South Florida hosts Georgetown on Sunday. Mfeka will likely go up against Arun Basuljevic, which could be a showdown between two future professional players.

Monmouth goalkeeper Eric Klenofsky is the two-time NCAA Division goals against average leader after compiling a 0.22 and 0.48 mark in that category in his first two collegiate seasons. Klenofsky and the Hawks host high-flying Providence on Sunday, which should be a good test of his GAA record early in the season.