Marquette (10-0-0) won its first Big East Blue Division Championship last season with a 7-2-0 conference record. One of those two blemishes on the record came against Connecticut in a 3-0 defeat late in the season in Storrs.

The Golden Eagles have a chance to extract some revenge this year as #2 Connecticut (9-0-1) visits charming Valley Fields on Saturday in what the Marquette Athletics Department is billing as a “Gold Out.”

The Eagles will need more than a concentrated effort from the fans wearing the victorious color if they wish to knock off Ray Reid’s Huskies.

UConn is deep with talent in the attack, which will test the Marquette backline that is eight in the nation in shutout percentage. Huskies senior midfielder Carlos Alvarez leads the way for the visitors with five goals and six assists on the year. 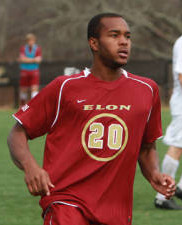 The former LAFC standout is one of the most lethal players in the Big East in the attacking third. Connecticut also claims one of the best forward in the nation in Mamadou Diouf (seven goals, one assist).

Marquette redshirt freshman Axel Sjoberg will have his hands full on Saturday, but the 6’7 Swede has looked up to the task so far in 2012. After breaking his foot in the third game last year, Sjoberg received a medical redshirt, but that season helped him acclimate to the collegiate game. He has four goals and three assists on the year from his spot at center back.

Hey College Park, put on your best outfit because you are going to be showing off on Friday night. Fox Soccer’s television trucks roll into Maryland for the first time this season for the ACC clash against Virginia (5-4-1).

The #1 Maryland (8-0-1) Terps lead the nation in scoring offense with 30 goals scored in 9 games (3.33 goals per game). Despite a pretty average record, the Cavaliers have been fairly strong defensively with only nine goals conceded.

That said, the Wahoos will need senior striker Will Bates to be on form because it is unlikely the Terps are shut out at home in this contest. The game kicks off at 7:00 p.m. (ET) on Fox Soccer on Friday.

The #3 Tar Heels of North Carolina (8-1-1) travel south to South Carolina for an ACC contest against Clemson (4-5-2) on Friday at 7:00 p.m. on ESPN3. Looking at Clemson’s record would make this seem like an easy win for the defending champions, but the Tigers have turned the corner recently. After starting the year 1-5-2, the Tigers are undefeated in the last three including conference wins over NC State and Virginia.

Manolo Sanchez and Austin Savage have been at the forefront of the turnaround with the duo combining for five goals and four assists in the last four games.

Also working in Clemson’s favor is the lack of road games for North Carolina this season. This is only the third road game for the Tar Heels (1-1 in the previous two). However, it will be difficult to break down the UNC defense. Since the defeat to James Madison on September 11, the Tar Heels have only let in one goal in five games.

The #4 Akron (6-1-2) Zips host Florida Atlantic (1-7-1) on Friday. Last year, the Owls held the Zips to only two goals, but that might be where the positives end for FAU, which very well could be the biggest underdog in college soccer this weekend.

Courtesy of Akron’s excellent Associate Director for Athletics Communications Paul Warner, the Zips are riding a 40-game conference unbeaten streak, which is only six off the all-time record held by Furman (1999-2003). Also, the Zips are 49-1-7 in 57 games at home since the start of 2008.

Sometimes the numbers are overwhelming when looking at Akron, but the simple truth is Caleb Porter’s program has been dominate in college soccer for a good number of years now. Enjoy it during his last season in charge before taking over the Portland Timbers’ job.

Rounding out the top five is the lone representative from the West, New Mexico (8-1-0). The Lobos host Air Force and Denver over the weekend. The Lobos survived some adverse weather last weekend on the way to a 2-1 win over Houston Baptist. Expect the Lobos to come out firing with James Rogers, Blake Smith, Devon Sandoval, and Nik Robson all in good form.

On Tuesday, the Elon Phoenix (7-2-1) picked up a pretty impressive 3-2 win on the road against #18 West Virginia. Senior striker Chris Thomas scored twice and added an assist.

“Everything they did was essentially playing it long in the air, have No. 20 (Chris Thomas) go up and win flicks and headers,” Mountaineers head coach Marlon LeBlanc said after the game. “We knew what to do and how to react on it and we failed in all aspects. It is my fault.”

When the other side knows what you are going to do, and you are still able to accomplish it, it is usually the sign of a good team. Thomas has been consistently a thorn in the side of Southern Conference foes for three plus years now.

The nation’s leading scorer (15 goals this season) has found the back of the 45 times in his career. On Saturday, it is Furman’s turn to try and slow down Thomas and Elon.

As mentioned above, Chris Thomas (Elon) is now the top scorer in the nation. Cornell’s Daniel Haber will have his shot to regain that title on Saturday when the Big Red travels to Cambridge for a game against Harvard.

Washington went into the 2012 season with dreams of winning the conference. This weekend is very important for the Huskies in trying to accomplish that goal. With games against San Diego State and UCLA, the Huskies probably need a result against the Bruins to keep Jorge Salcedo’s side from running away with it.

Three teams with perfect records remain heading into Wednesday night’s games. How many will still be perfect on Monday?