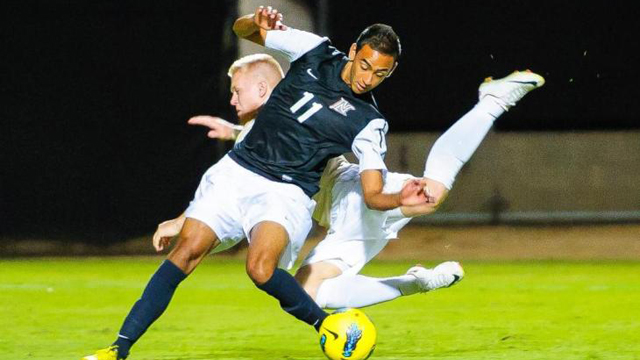 The only common theme from week to week in college soccer has been the top ranked team being knocked off the pedestal over the weekend. North Carolina, the current No. 1, survived a bit of a scare on Tuesday when the Tar Heels had to go to overtime to defeat Campbell on the road. This weekend, UNC takes on Virginia Tech. Can the Hokies pull off the upset? 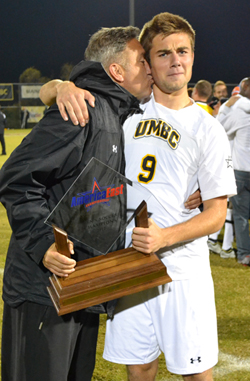 This section has featured the Bruins two weeks in a row now, but this week’s game is highlighted for a much different reason.

The Matadors of Cal State Northridge are enjoying one of the best starts to the season in the program’s history, and now they take on the perennial giants of Southern California college soccer.

UCLA has battled through a string of red cards and hard fought results through the first three weeks. The Bruins are still fine-tuning a group that is full of talented players but with limited spots on the field.

The strength of the Pac-12 program is in the defense where the veteran leadership of Joe Sofia and Aaron Simmons should help the Bruins slow down the second best offense in the country. U.S. youth internationals Nathan Smith and Javan Torre are expected to line up in the outside back roles.

Sagi Lev-Ari and Brian Behrad, seven and five goals respectively, lead the attack for Northridge. Lev-Ari is the type of player that normally gives the UCLA defense trouble. Not terribly quick, but smart and well positioned. The Matadors midfielders are some of the best in the country, and typically provide a few golden chances per game.

Even though the two programs are only 16 miles apart, the last time they met was in October 2011 when the Matadors won 3-2 at Drake Stadium. Revenge would be a factor for most programs, but the Bruins only have five players still on the roster from that game.

Regardless, Sunday’s match up should be an entertaining affair between two of the best programs from the West this season.

NSCAAtv Game of the Week

UMBC squeaked out a 3-2 overtime win over Navy on Tuesday to keep its perfect record intact for Saturday’s showdown against Loyola, which is setting up to be a high scoring affair.

Loyola plays with one striker and a few attacking midfielders off of him. Typically, this is a conservative lineup, but the Greyhounds have a very talented striker in Larry Ndjock who makes all the difference. Ndjock can hold off defenders to facilitate link up play to the midfielders or he can turn on the center back and punish a poorly aligned defense.

UMBC is a team that loves to attack as well. Pete Caringi has been the star for the American East program with eight goals in five games. His success has drawn the attention of defenses, which has opened up space for fellow attackers. Loyola will have to figure out a balanced approach to stopping Caringi and his cohorts.

Barnes is not going to match up directly with Mulligan, but they are the most fitting candidates for this profile. Barnes has moved back into a center back position, which is a bit ironic considering his transfer to Creighton came with the hope of him playing in a more advanced role after being cast as the defensive midfielder with SMU.

Mulligan has shown some quality over the year and developed into a key contributor for the Red Storm. The redshirt senior has appeared in all 42 games over the past two seasons. He and his teammates will face a difficult challenge against Creighton in the intimidating Morrison Stadium.