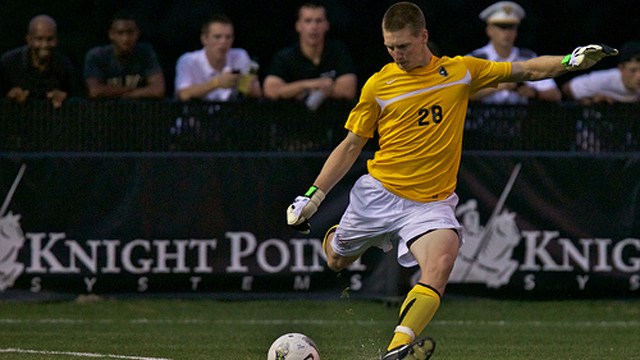 The idea of teams building championship contenders from the back is as old as the game itself. If the key to a championship-winning side is a stout defense, then this group of Division I’s best defenses from 2013 is well on its way to something special in 2014. All but one brings back the nucleus of a nationally ranked defense in 2014, which should mean big things for these teams next season.

Here are the five best men’s defenses from Division I ranks last season and a breakdown of what they bring back next season.

MORE: Top 10 Defenders in College Soccer |  College players to watch in the PDL

Watch a Missouri State game in 2013, and you were sure of one things: the goals wouldn’t flow. The Bears managed just 17 goals all season, which would normally be the death knell for any successful program’s season. The upshot, though, was that the Bears allowed just eight, the lowest number in DI soccer in the entire country. As a result, they went 11-5-2 and narrowly missed out on the tourney thanks to a loss in the conference finale. The loss of keeper Trevor Spangenberg won’t help matters, but the nucleus of the back line returns, including outstanding holding midfielder Parker Maher and English defensive duo James Fawke and Andrew Turner. This will be a veteran back line in 2014, and it could be as good.