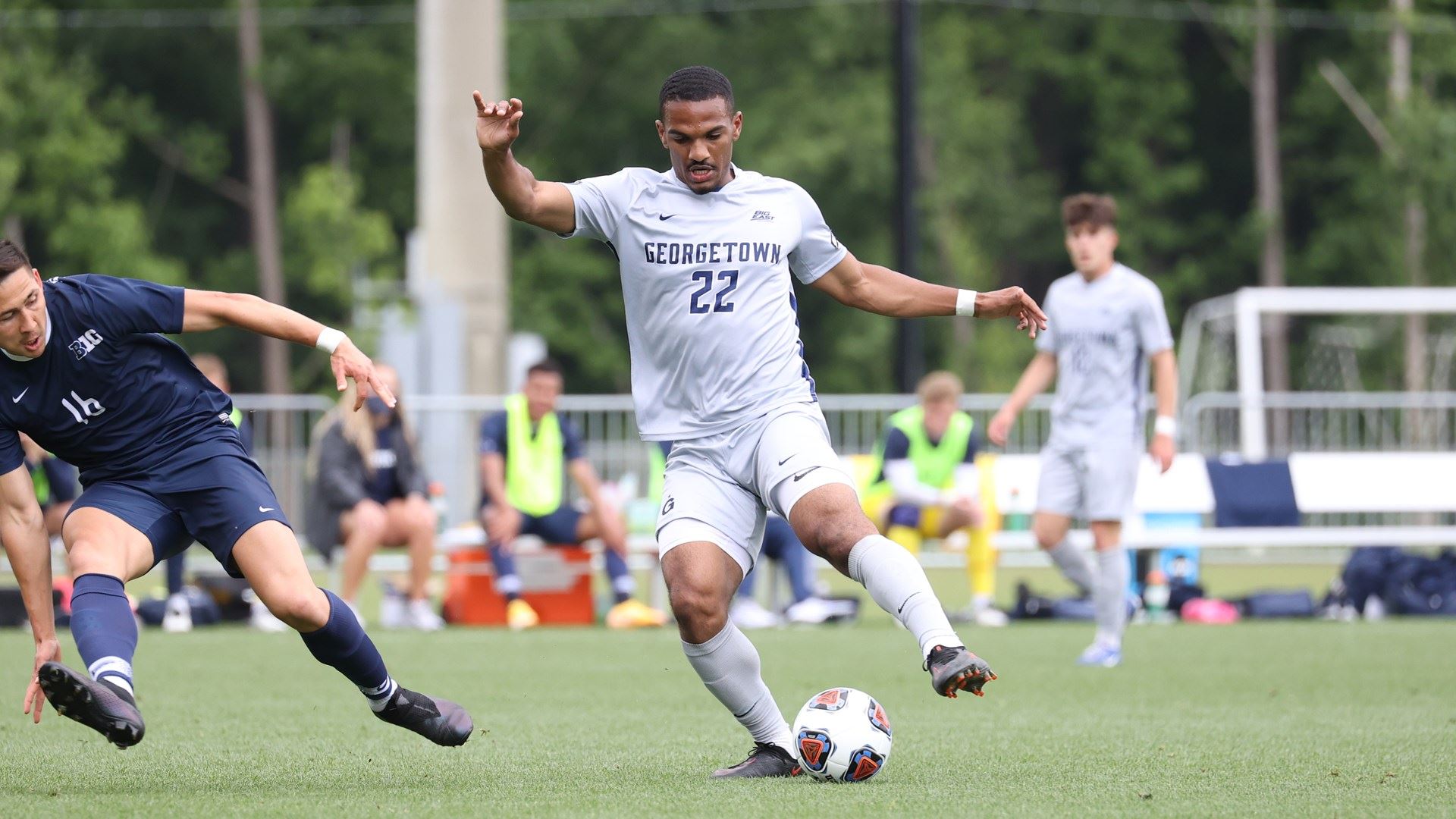 The defending champions moved on, as one former title-winner saw its tournament run come to an end. Recap Thursday’s games below.

Defending champions Georgetown were all over Penn State for long stretches of Thursday’s Third Round games. After Dante Polvara and Peter Mangione exchanged penalty kicks in the first 12 minutes of the game, Zach Riviere and Martin Ngoh put Georgetown up 3-1 at the break.

The Nittany Lions came out fired up and ready to try and come back after the break. After weathering some pressure of their own, Daniel Bloyu made it a one-goal game with just over a half hour left. However, Penn State was unable to get another past Giannis Nikopolidis as Georgetown’s quest for the repeat continues.

No. 1 overall seed Clemson’s tournament run came to an end in the Third Round, as Marshall knocked out the Tigers on penalty kicks. Max Schneider and Callum Johnson each scored in the first half for the Herd and Clemson respectively, the only goals the game would see. After 110 minutes of action, Marshall triumphed 7-6 in the shootout.

Seton Hall also secured progress against Virginia Tech, in a wild 2-2 draw. Nick Blacklock scored both goals for the Hokies, which held a 2-1 lead heading into the final 10 minutes of the game. Andrea Borg snatched a deserved equalizer, as Seton Hall outshot the Hokies 24-9. The Pirates edged the shootout 7-6.

Two goals from the reliable Kyle Holcomb provided the winning margin for the Demon Deacons, as they held on for a 2-1 win against Kentucky.

Holcomb scored goals in the 20th and 62nd minute, both setup by freshman midfielder Hosei Kijima. Brock Lindow cut into the lead four minutes after Holcomb got his second, but the Wake back line held firm.

North Carolina snuffed out the Cardinal attack, as a Joseph Pickering goal in the 14th minute was enough for the Tar Heels to unseat the Pac-12 power. The two sides managed just four shots apiece on the day, as UNC setup an all-ACC quarterfinal.

Half the bracket goes chalk

While upsets were prevalent on one side of the bracket, all four sides remain alive on the other. That includes No. 6 Seton Hall, which advanced on penalty kicks.

But Indiana found a way to get two goals, as Herbert Endeley scored in the 71st minute, and Maouloune Goumballe tallied the winner nine minutes later.

No. 2 seed Pittsburgh will face No. 7 Washington after both blanked their respective opponents. Pitt got off to a roaring start versus UCF, pouncing on a trio of defensive mistakes to go up 3-0 at half. Veljko Petkovic and Alexander Dexter got the goals, and an own goal made it 4-0 in the end.

Washington continues to fly the flag for the Pac-12 with Stanford’s defeat. The Huskies kept things close for more than an hour against Missouri State, before Lucas Meek and Nicholas Scardina bagged goals to secure progress with a 2-0 victory.