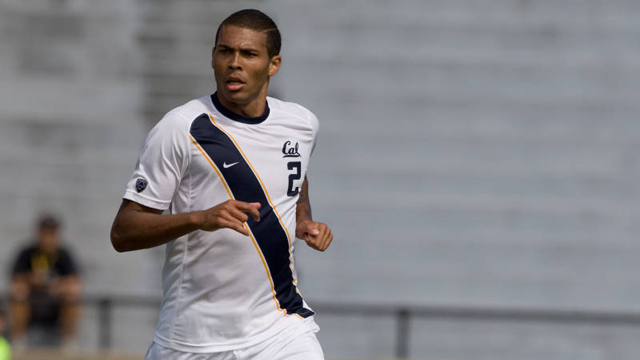 The #RoadtoPhilly is rounding into gear with a lot of favorites still on the path to the promise land of PPL Park. On Sunday, all of the remaining teams return to the field for Third Round Games.

Below are over 2,000 words with astute observations and insight into those third round games. Enjoy responsibly.

(Home team listed first, all games to be played on Sunday, Dec. 1, all times Eastern)

How they got here: Virginia defeated St. John's 2-0 in the second round fixture. Marquette beat Akron 1-0 in overtime in its second game. 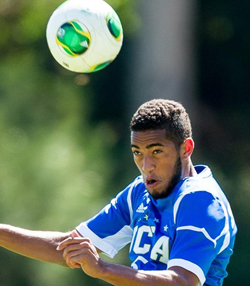 Players to know: Virginia’s attack has remained hot despite the quickly diminishing temperatures in Charlottesville. Marquette goalkeeper Charlie Lyon will be the man answering the call against the ACC side. Lyon is a quality keeper who is fully capable of willing this Marquette side into the quarterfinals.

Stat of the game: Virginia and Marquette have only met once before. The Cavaliers won that meeting in 1981 2-0, which was played in Akron, Ohio.

Prize: Either a trip to beautiful Southern California or a home game, as the winner will take on the winner of UCLA/Connecticut.

How they got here: Georgetown had a lovely day with hot chocolate and fresh cinnamon rolls while cruising to a 3-0 win over Old Dominion in the second round. Meanwhile, Michigan State battled tooth and nail against Louisville before finally getting the go-ahead goal in overtime.

Players to know: The big battle of this game will be Michigan State center back Kevin Cope against Georgetown forward Brandon Allen. Cope is one of a few players physical enough in college soccer to keep hold of Allen for 90 minutes. The Georgetown target forward is a key piece of the puzzle for the home side though. Strike partner Steve Neumann likes to drift back to receive the ball with the attack in front of him, so Allen is left on an island. If Allen can hold off Cope, the Hoyas will gallop across Shaw Field into the next round.

Stat of the game: Over the last 560 minutes at Shaw Field, the Hoyas have only let in one goal. One.

Prize: The winner of this game moves on to face the winner of Notre Dame/Wake Forest in the next round.

How they got here: California welcomed senior Steve Birnbaum back to the lineup in the previous round and cruised to a 3-1 win over a feisty Bradley side. Coastal Carolina continued to prove the selection committee wrong with a road win over Charlotte.

Players to know: Pedro Ribeiro and Steve Birnbaum are the two players to watch for MLS scouts at this game. Both players have first round buzz with the defender getting more attention than the midfielder. However, the balance of this game may be on Ribeiro’s feet more so than Birnbaum’s. Ribeiro has 11 goals and seven assists this season and been involved with pretty much everything in the attack for Coastal over the course of the year. It may fall on Alec Sundly or Seth Casiple to pick up Ribeiro, but it will be a team effort to completely keep him off the score sheet.

Prize: The victor will take on the winner of Maryland/UC Irvine.

How they got here: Maryland defeated Providence 3-1 in the second round game at College Park. UC Irvine won a thriller against North Carolina with a game-winning goal coming at the 89:58 mark.

Players to know: Tactically, this game is fascinating because Maryland has yet to face a team like Irvine this season. The Anteaters are technically very strong especially in the middle and also have some bite on the wings. Senior midfielder Enrique Cardenas is the maestro of the attack, which should play into Irvine’s favor given the youthfulness of some of the Maryland defenders. If Cardenas is on his game, Irvine could be poised to pull the upset. However, the Anteaters have not faced a forward like Patrick Mullins, which is probably enough to tilt the scales back in favor of the home side. Mullins is workhorse in the attack and will be a handful for 90 minutes.

Prize: The winning side either gets a home game or a trip to Berkeley depending on who emerges from the battle between California and Coastal Carolina.

How they got here: New Mexico used a late goal from James Rogers to push past George Mason in the second round. Penn State survived a hectic travel schedule and the unfriendly confines of Harder Stadium with a 1-0 win over UC Santa Barbara.

Players to know: Michael Calderon is the man of the game. The senior from Costa Rica is attempting to do something that neither UCSB nor St. Francis Brooklyn could do prior to him – break down the Penn State defense. Calderon is the driver of the Lobos machine, which ranges from a semi truck to an A8 depending on the day. If Calderon can find a way to unlock Penn State early in the game, it will change the whole complexion of the fixture. Meanwhile, Penn State will depend on a solid back four as well as star goalkeeper Andrew Wolverton who will be getting an earful from the Lobos faithful on Sunday.

Stat of the game: Penn State head coach Bob Warming is undefeated at New Mexico. In his two previous trips there (as the Creighton head coach), Warming left with victories in 1990 and 1991.

How they got here: Notre Dame used a wizard to dispel of the infestation of Badgers in South Bend. Wake Forest charmed its way into the dance with a gracious 2-1 win over Navy. Curtsies all around.

Players to know: This is another game where it could come down the battle between center forward and center back for which side moves onto the next round. Notre Dame center back Grant Van De Casteele is first on the team in minutes played this season for field players. He has been the anchor for the successful Irish season. On the opposite side, Sean Okoli leads the Wake Forest attack with nine goals to his name. Okoli is a streaky player, but when he is on, he can crush dreams with the same ferocity as a high school guidance counselor. Wake Forest better hope this is one of Okoli’s on games.

Stat of the game: This is only Wake Forest’s second time playing on the road in the third round. The Demon Deacons lost the previous edition 3-2 to California.

How they got here: UCLA rolled past Elon 4-0 in the second round game. Connecticut defeated No. 16 seed UMBC in penalty kicks after a 2-2 draw.

Players to know: Leo Stolz grabbed all the headlines in the second round win over Elon, but goalkeeper Earl Edwards had a strong outing as well. The junior made five saves on his way to the shutout victory. Edwards will be tested more on Sunday against a patient UConn attack. Adria Beso is the man to watch for the AAC side. The Spaniard is the facilitator for the Huskies attack and he will need to be sharp to keep UCLA and Stolz from rolling into the next round.

Stat of the game: Connecticut is notorious for its lack of travel – there are plenty of good sides on the East Coast after all. It’s been 11 years since UConn played a game in the Pacific Time Zone, which was a two-game tournament in Sept. 2002 in Washington. The last time the Huskies played in California was 1994. The long drought comes to an end on Sunday.

Prize: The winner links up with the victor from Virginia/Marquette in the Elite Eight.

How they got here: Washington took care of work against Seattle with a 4-2 win in front of a rowdy crowd of over 3,000 people. Stanford kept on dancing into the night with a 1-0 road win over No. 15 seed Cal State Northridge.

Players to know: This is the third meeting of the season between the two sides. There is little that these two teams do not know about each other so it comes down to the coaches. Washington head coach Jamie Clark has a system in place with the Huskies that has been successful. Some may complain about the throw-ins, but its difficult to argue with the effectiveness when looking at throw-in expert Michael Harris’ stats (nine assists this season). Stanford head coach Jeremy Gunn has rebuilt the program in Palo Alto and turned the Cardinal into a winner. The squad is probably a year away from really reaching its potential, but Gunn is an excellent coach and he is going to get the most out of this group.

Stat of the game: In the two previous meetings this season, the teams combined for 56 fouls in both games combined. While the second game in Seattle featured 0 cards, the first meeting in Palo Alto had eight yellow cards. The referee will likely be a major talking point in this game, as both teams tend to disrupt the rhythm of play with fouls.

Prize: The winner of this game faces the winner of New Mexico/Penn State in the next round.