Men’s Division I Second Round recap 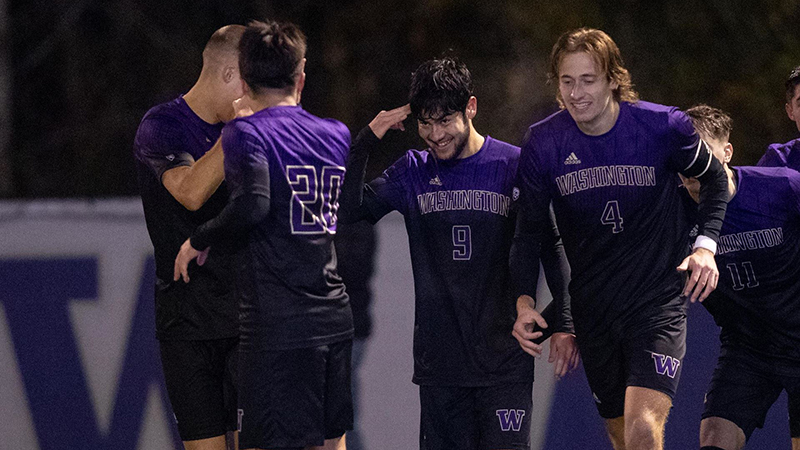 Three of the unseeded seeds were able to survive in Sunday’s Second Round action of the men’s Division I NCAA tournament.

Most notable of the upsets was the performance of Hofstra, as the Pride traveled to State College and trounced Penn State by an 8-2 score. Ryan Carmichael scored the first goal just three minutes into the game, and the CAA champs didn’t let up. In all, six different players accounted for the eight goals, as Hendrik Hebbeker and Roc Carles led the way with two goals each. Including last Thursday’s win against Lipscomb, Hofstra scored 12 goals in the first two games of the NCAA tournament.

Despite being outshot by an 18-6 margin, Wake Forest flew home from South Florida with a win, defeating Florida International by a 3-2 score. Kyle Holcomb opened the scoring in the 27th minute, before Mauro Bravo equalized. Chase Oliver restored the lead for the ACC side before the half, with Matteo Gasperoni’s 63rd minute restoring parity. However, that listed all of 24 seconds, as Roald Mitchell grabbed the winner as the Demon Deacons advanced to the Sweet 16.

A big year for the Big East continued, as Providence sent the spring champions home with a 2-1 win in overtime at Marshall. Alex Adjetey scored in the 56th minute, and for nearly 30 minutes, it looked like that would be enough. But Miguel Candela tied the game with just over five minutes left, setting the table for Davis Smith’s winner in the second overtime.

Golden goal from Davis Smith in the 104th minute! pic.twitter.com/jIDJ80vJbK

For the most part, the seeded sides enjoyed the luxury of playing squads heading on the field for the second time in four days.

Facing a tough St. John’s defense, No. 1 seed Oregon State got an early goal from Mo Thiam in the 11th minute, providing a level of comfort as the Beavers outshot the Red Storm by a 15-6 margin. Javier Armas tallied OSUs second with just over five minutes to go.

It was an impressive effort from Washington, as the No. 2 seed peppered the Portland goal. However, it wasn’t until just before the half that the Huskies opened the scoring, as Dylan Teves tallied the first of his three goals in a 3-1 win. The Pilots had a great chance to go up prior to that, as UW goalkeeper Sam Fowler made an excellent save from a Christoforos Kourtis shot in the 19th minute.

Another team that was knocking on the door for long stretches on Sunday, Georgetown eventually found a way past Georgia State’s defense in the second half. Dante Polvara converted a penalty kick in the 70th minute, and Zach Riviere added a second to make it a 2-0 game in the 83rd minute.

Notre Dame had little trouble against Villanova, as Jack Lynn scored in the 18th minute to relive the pressure, and Paddy Burns made it 2-0 at the half. Benjamin Giacobello rounded out the scoring in the 85th minute, setting up an ACC matchup against Wake Forest in the third round.

While the NCAA tournament features tight, low-scoring affairs, that wasn’t the case in a couple of matches.

No. 10 seed Saint Louis jumped all over LIU, which had defeated Maryland on Thursday. Two goals from John Klein in the first 16 minutes put some distance between the two sides, before Christian Buendia added a third just after the 20-minute mark. While LIU’s Robert Winkler cut into the lead, Simon Becher and A.J. Palazzolo made it extremely comfortable at the final whistle.

Four goals before the half led New Hampshire to an easy win against North Carolina, as the America East champs won 4-1. Bridger Hansen opened the scoring, though it was quickly canceled out by Tim Schels. However, Rory O’Driscoll, Jacob Gould and Johann von Knebel scored within nine minutes of each other to decide the game at the half.

Watch this incredible goal by Bridger Hansen to give the Wildcats a 1-0 lead!!

Anthony Markanich opened the scoring, as Northern Illinois hunted an upset win at Pittsburgh. However, Guilherme Feitosa tied the game 30 seconds later, as a big game from Bertin Jacquesson paved the way for the ACC side to progress. Jacquesson scored his side’s second goal, and setup the fourth and fifth goals in a 5-2 win.