Men's Division I Third Round preview 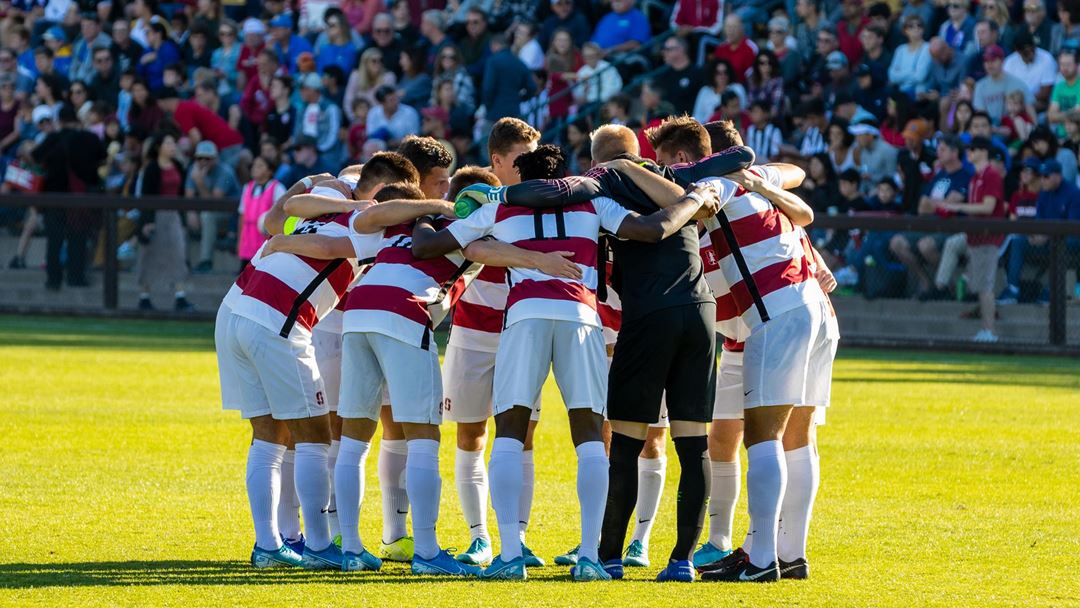 The Third Round of the men’s Division I tournament is set to be contested after Thanksgiving, with a feast of quality games. The chase for Cary takes another twist and turn as top programs duke it out for a chance at a national title.

Preview all of this weekend’s matches (all times listed below EST).

The No. 1 overall seed Virginia kicks off the third round of the tournament in Charlottesville, welcoming a very good Red Storm side to Klockner. It was a very good opening performance from the Cavaliers against a Campbell program that knows how to cause problems. A huge performance is needed from St. John’s to give Virginia trouble, with leading scorer Tani Oluwaseyi and midfielder Skage Simonsen needing big performances. The hosts at times can get complacent with either a tie game or a slight lead, but it's hard enough as it is to score on UVA. Forward Daryl Dike's frame and ability to connect play helps to suck in defenders, opening up space for teammates to cause trouble.

It’s a shame that one of these two programs will see their season end, as both American Athletic sides have been huge this season. Saturday’s clash in North Texas is the third time the two teams meet. After a wild 3-3 encounter in the regular season where UCF blew a two-goal lead, SMU beat the Knights in the AAC tournament final. It’s hard to know what will happen when teams meet for a third time, but this one could end up being similar to the tourney final, which ended in a 1-0 score.

The chance for vengeance is on the docket for the Hoyas when the Cardinals visit the Hilltop on Sunday. The ACC side is the lone team to have beat Georgetown this season, winning a 1-0 game in overtime. Georgetown as a program, has the chance to make a run and return to a College Cup that has eluded them since 2012’s dream run. Dylan Nealis showed that he’s determined to make his mark on this tournament, leading a crushing 5-0 performance at home against Pitt. Louisville can cause problems of course, as a determined Jake Gelnovatch effort in goal led to a 1-0 win over UC Davis last weekend. The Hoyas have been excellent in all phases of the game and should have enough in this one.

One of three unseeded teams that have survived to this point, the Gauchos make the long trip to Bloomington seeking a second straight seeded scalp. UC Santa Barbara’s tough, experienced team, which includes the likes of Noah Billingsley and Rodney Michael, have the potential to give IU fits. Not much has changed for the Hoosiers, as the team’s talented freshmen are going to have to continue to play well to keep their season alive. Victor Bezerra emerged on Sunday against Kentucky, scoring a hat trick. Perhaps this weekend’s game will be Joshua Penn’s turn.

After comfortably beating Maryland on Sunday at home, a second straight Big Ten team arrives in Winston-Salem. Wake Forest is flying as much under the radar as possible for a top-four seed. Michigan has struggled to get goals of late, but defensively haven’t conceded a goal in three straight games. Slowing down a Demon Deacon team that played one of their best games of the season is going to be tough. But if Marc Ybarra can slow down the Wake attack from his defensive midfield spot, the chances of an upset could increase. Toss in the play of freshman goalkeeper Owen Finnerty, and it makes the Wolverines a tough out. Despite picking up a couple of injuries, home cooking should help keep things ticking for Wake Forest.

Timely goals from Trevor Davock have helped to key a Providence run that harkens back to the days of Julian Gressel and a wild comeback in College Park. Next in the Big East side’s sights is the nation’s top offense, which survived a scare of their own, beating Charlotte 2-1 in overtime. Robbie Robinson was back on the field but it’s unclear just how fit he is. Regardless, shutting down Robinson, Kirmani Smith and Grayson Barber is the main target for any of Clemson’s opponents at this point in the season.

In case any doubts lingered, the Thundering Herd showed they belong at this stage of the NCAA men’s soccer season with a 2-1 win at home. Now, they hit the road for a trip to the Pacific Northwest against a Washington side that has the look of a College Cup team. Blake Bodily continues to excel, Ethan Bartlow anchors the back line and Lucas Meek continues to make plays for the Huskies. Marshall already showed that they can go on the road and win on the West Coast, sweeping two regular season games at Loyola Marymount and San Diego State. With a 6-1-3 record on the road and a dangerous striker like Milo Yosef leading the line, Marshall has the pieces and quality to make a game of this. Whether that’s enough against a very good Huskies team will be the big question.

Come the NCAA tournament, come the Stanford Cardinal men’s program finding a way to win on penalty kicks. After a tightly contested 1-1 draw against Seattle, four saves from Cardinal goalkeeper Andrew Thomas secured their spot in the next round. Virginia Tech arrives this weekend with their sights set on an upset. Speaking of goalkeepers, Mathisjs Swaneveld can be the hero the Hokies need to come away if Stanford ups the pressure. The key to beating Stanford is creating chances and converting them, so it’s going to be on the likes of Jacob Labovitz, Daniel Pereira and Kristofer Strickler to deliver the match-winning moments. Tanner Beason’s return to the lineup adds steel to a Stanford back line that should have enough to see off this challenge.