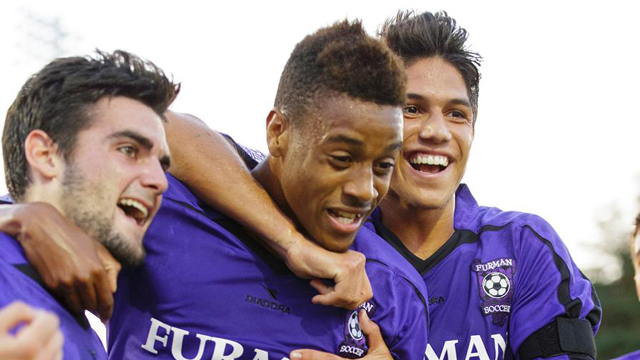 Once again, California takes the top spot in the TopDrawerSoccer.com Top 25. The Golden Bears defeated local rival Stanford 1-0 on Sunday in their lone game of the week. Senior Steve Birnbaum, the No. 2 player in the TDS mid-season Top 100 players, converted a rebound on penalty kick that was initially blocked by Drew Hutchins. Read more about Cal’s success this season.

Notre Dame also held serve over the week with a draw against Northwestern and a win over NC State. The Irish are tied at the top of the ACC standings with No. 8 Wake Forest. Both teams have a 5-0-3 record with an impending clash between the two programs looming on Nov. 2.

Washington also remained in the top three with a 1-0 win over Oregon State and then a thrilling 5-3 victory over San Diego State. The big game of the week for the Huskies comes on Monday when Jamie Clark’s group takes on No. 6 UCLA.

Louisville takes a slight bump up in the rankings from No. 5 (last week) to No. 4. The Cardinals are undefeated in their last nine games and sit at the top of the American Athletic Conference with three conference games remaining.

UMBC, one of the Cinderella stories of the season, makes its first appearance in the top five this season after wins over Vermont and New Hampshire. The Retrievers are 12-1-1 on the season and riding a four-game unbeaten streak into the final weeks of the regular season.

Outside of the top five, Furman makes a big jump after wins over Clemson and Elon last week. The youthful Furman defense has only conceded three goals in 12 games since a wild 4-3 win over Xavier in the season-opener. The Paladins come in at No. 12 this week.

Check out the full TDS Top 25 (plus others that received consideration): here.