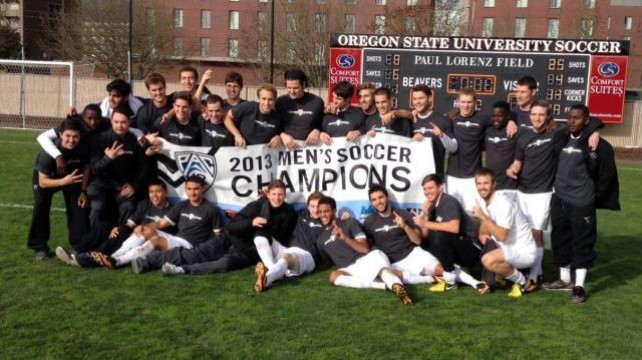 The men’s Division I regular season concluded on Sunday. The NCAA Tournament selection show will name the 48 teams bound for the Big Dance on Monday morning.

This week’s TDS Top 25 showcases a new No. 1 team as well as some high gainers from conference champions.

Pac-12 champions Washington take over the top spot in the ranking following the capture of the crown of the toughest conference in college soccer this season. The Huskies defeated Oregon State on Sunday, which sealed the crown for Jamie Clark and his squad. Freshman Mason Robertson was the hero on the day with the lone goal.

The Pac-12 runner-ups, UCLA, check in as the No. 2 team this week. The Bruins took care of work this week with a comfortable 3-0 win over San Diego State. UCLA, despite not taking the conference title, is still likely to be a top seed in the NCAA Tournament.

ACC champions Maryland climb up top No. 3 in this week’s Top 25. The Terps defeated No. 7 Virginia in the final on Sunday, which ran Maryland’s winning streak to seven games. Over that stretch, Maryland has only conceded two goals.

Fellow ACC side Notre Dame checks in at No. 4 this week. The Irish drop two spots after a penalty kick defeat to Virginia in the semifinal round of the ACC tournament on Saturday.

UMBC rounds out the top five this week. The Retrievers captured the America East title on Sunday with a 4-0 win over Hartford. UMBC is undefeated in its last nine games as it heads to the NCAA Tournament.