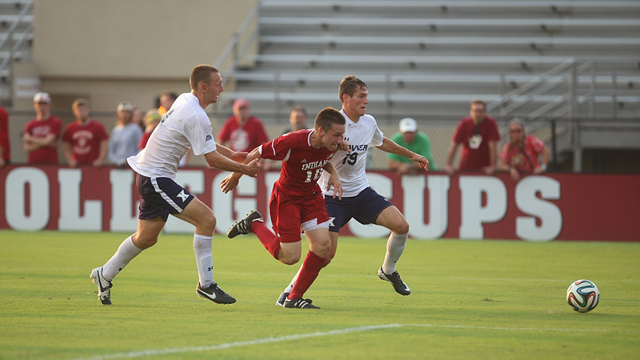 It was another week of upsets in men’s Division I soccer as all of the teams in the top three from last week suffered defeat. Former No. 1 Creighton dropped a home result to Big East rival Georgetown. Former No. 2 UC Irvine lost to Big West foes UC Riverside and Cal State Northridge(m). Former No. 3 Washington suffered a setback in its chase for Pac-12 title with a 2-1 defeat to UCLA.

With the shake-up at the top, there is another new No. 1 in the TDS Top 25 this week. Indiana earns the crown for this week after an impressive 1-0 win over Notre Dame and a 3-1 come-from-behind win over Michigan.

UCLA jumps into the second spot follow road conference wins over Washington and Oregon State. The Bruins were without the services of freshman forward Abu Danladi in the two victories as others continue to step up in his absence.

Fellow Pac-12 squad Stanford jumps into the top three following a 1-1 draw against rival California and a 3-0 win over San Francisco. The Cardinal will be tested this week with a road game against UCLA on Thursday.

Syracuse and Charlotte round out this week’s top five in the TDS Top 25.