Men’s Preview: The start of something great 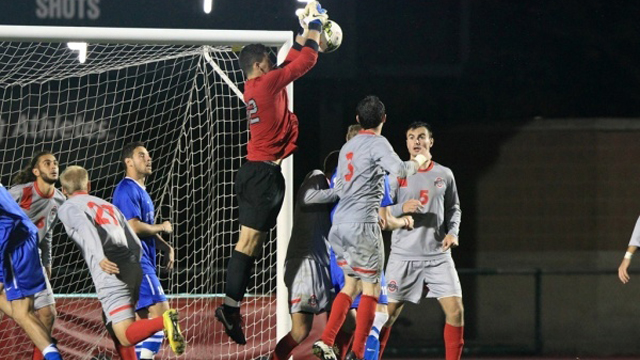 Conference tournaments kick off this weekend in men’s Division I soccer, which is the start of the most exciting season of the year. There is a buzz in the air for conference tournaments as teams play for a shot at the NCAA Tournament, or just the hope of extending the season for one more week.

Take a gander at some of the best games on the docket for this weekend.

The season is on the line for the Wolverines. Michigan needs to win the Big Ten Tournament to make the NCAA Tournament, and that quest starts on Sunday in Columbus. Ohio State beat the Wolverines 2-1 on Wednesday in the first meeting of the season between these teams. Christian Soldat and Danny Jensen scored the goals in the victory for the Buckeyes. This is a bitter rivalry and it’d be tough to see the college careers of a good group of Michigan seniors end on a field in Columbus.

Duke is another team that is likely playing to keep its season alive on Sunday. The Blue Devils have the difficult task of trying to pull out a result on the road against the Orange in the ACC Quarterfinal. Given the unique ACC schedule, this is the first meeting of the season between these teams. Duke has been excellent at home and the exact opposite on the road. It’s a product of a relative young team still trying to find its legs. As with anything Duke does, Sean Davis is the key here. If he is fit and in-form, the Blue Devils have a shot to pull the upset (and it’d be a BIG upset).

Washington’s title hopes will be decided this weekend with games against Stanford and California. The Huskies are trying to defend the crown with four teams (of the six in the conference) still in the running. The Huskies won the first meeting between these teams 3-1 in early October. Plenty has changed since then as Stanford looks like a more mature and complete squad. Freshman Corey Baird has found his place in college soccer and could be the difference-maker in this game.

The WCC does not have a conference tournament and usually only receives one invite to the NCAA Tournament. San Francisco and San Diego are likely playing for that invite on Sunday when the Dons host the Toreros. Both teams are undefeated in conference play heading into the weekend. Eddie Soto has done a tremendous job in his first season with the Dons. Will his dream debut season include a conference title?

It should be a great game to decide a very tight conference race. Both teams have been sharp recently thanks to some breakout performances. Check a thorough deep-dive in this matchup in this week’s Five Things.