Men’s Preview: Wrapping up the season 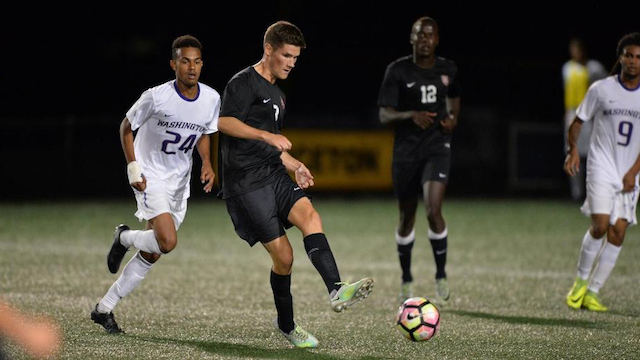 Harvard hosts Columbia (11-3-1, 3-1-1) on Saturday. Columbia is in second place in the conference with 10 points. Columbia needs the win more than Harvard does. With an RPI at No. 59 entering this weekend’s slate of games, the Lions need some help to get into the NCAA Tournament. Meanwhile, Harvard is sitting at No. 15 in the RPI, which has the Ivy League leader dreaming of a seed for the Big Dance.

Harvard’s defense has been dominant in league play. With three shutouts from five games, Crimson is rolling through the competition thanks to a strong backline. Columbia has some punch in the attack in Arthur Bosua who could give Harvard some trouble on Saturday in the marquee Ivy League showdown.

It’s a massive week for first year head coach Nick Carlin-Voigt and the Portland Pilots. On Thursday, Portland heads to Denver (14-0-3) for an out-of-conference showdown. Portland (11-3-1, 5-0) is riding a seven-game winning streak into the clash.

Denver is looking to close out its second regular season campaign in a row without suffering a defeat. Denver last loss a regular season game on Oct. 31 of 2014, which is a 36-game run for Jamie Franks and the Pioneers. Portland is a formidable test and one of the hottest teams in Division I right now.

The Pilots also have a big game on Sunday against Pacific (11-3-1, 3-1-1). The Pilots win the league crown with a draw or victory against the Tigers. Pacific needs to take all three points from the game to keep the race for the league title alive.

The last big conference battle from this weekend is the battle between Washington (11-4, 4-2) and UCLA (8-6-1, 3-4) on Thursday. The Huskies kept the Pac-12 race alive last week with a road win over Stanford (8-3-4). However, Stanford still controls the race to the title. The Cardinal have a seven-point lead with three games left on the Huskies’ schedule and one game left on the Cardinal schedule. Washington needs to stay unbeaten this weekend to keep the race alive otherwise the Cardinal will clinch the crown without even taking the field.

The battle against UCLA is a rematch from the earlier meeting in Westwood when Washington walked all over the Bruins on the way to a 4-0 win. UCLA needs a winning record from the last three games to stay in the hunt for an at-large berth to the NCAA Tournament so a result in Seattle on Thursday night would be huge for the team’s resume.