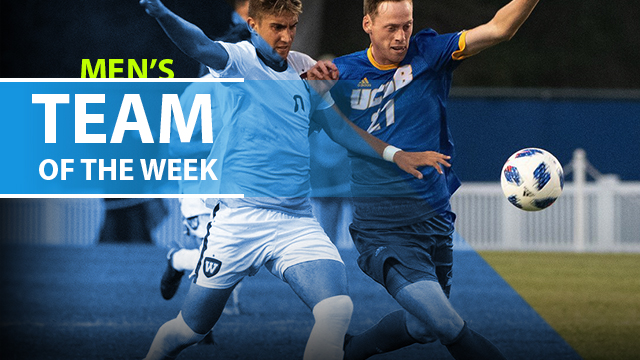 The men’s Division I season is officially underway.

Games kicked off last Friday, with plenty of action around the country and plenty of big results.

Last week also offered new recruits a chance to make an impact, and one did in particular. UC Santa Barbara freshman Carter Clemmensen made his mark in his first two college games, scoring the game-winning goals in both.

In Friday’s win against St. John’s, Clemmensen entered the game in the first half, scoring the first goal of his college career in the 41st minute. That would be enough, as UCSB added a second strike in the 71st minute. Clemmensen tallied in the second half of Sunday’s game, the second goal in a 3-1 victory over UC Riverside.

Below is a complete look at last week’s standouts in DI soccer.

GK Wallis Lapsley, UC Davis – It was a successful road trip to Omaha for Lapsley and UC Davis. The junior goalkeeper made a total of nine saves as the Aggies defeated Omaha 1-0 on Friday night, and saved the Big West side on numerous occasions in a 0-0 draw with Creighton.

D Callum Montgomery, Charlotte – The central defender anchored a back line that limited Florida Gulf Coast to one shot, with none on target in a 1-0 win on Friday night.

D Akeem Ward, Creighton – Along with playing every minute in a win and a draw over the weekend, Ward assisted both goals in the team’s 2-0 win against Clemson. It’s a critical, early-season win that should prove valuable for the Bluejays later in the season.

D Erik Holt, UCLA – A senior center back for the Bruins, Holt played 90 minutes and kept Coastal Carolina at bay in UCLA’s promising 4-0 win on the road.

M Timo Mehlich, UNLV – The German midfielder was among the goals for UNLV as the season started brightly for the Rebels. Mehlich tallied the game winner against Florida Atlantic, and had a goal and assist in a defeat of Evansville.

M Joey Parish, Washington – The redshirt junior provided the offensive spark for the Huskies, playing a role in both Washington’s goals in a 2-0 victory against Maryland.

M Bruno Lapa, Wake Forest – After featuring mostly as a substitute his first two years at Wake Forest, Lapa started both games over the weekend and left his mark. Along with a converted penalty in Sunday’s win against ETSU, he was involved in the game-winning goal in Friday’s 2-1 overtime defeat of Indiana.

F Max Todd, UIC – Making a swing to Texas, Todd’s finishing ability helped UIC pick up two wins. The Scottish native scored the winner against Campbell, and also found the back of the net twice in Sunday’s win over Providence.

F David Egbo, Akron – The sophomore bagged a brace as Akron picked up a 2-2 draw against Butler to open the season at home.

F Andre Shinyashiki, Denver – Shinyashiki’s hat trick in the first 26 minutes of Denver’s opener paved the way in a 4-0 win against Monmouth in the team’s season opener.

F Carter Clemmensen, UC Santa Barbara – Playing in his first two college soccer games, Clemmensen had little issues making an impact. He scored two game-winning goals, coming in off the bench to lead the Gauchos to wins over St. John’s and UC Riverside.