Men's Team of The Week: November 29 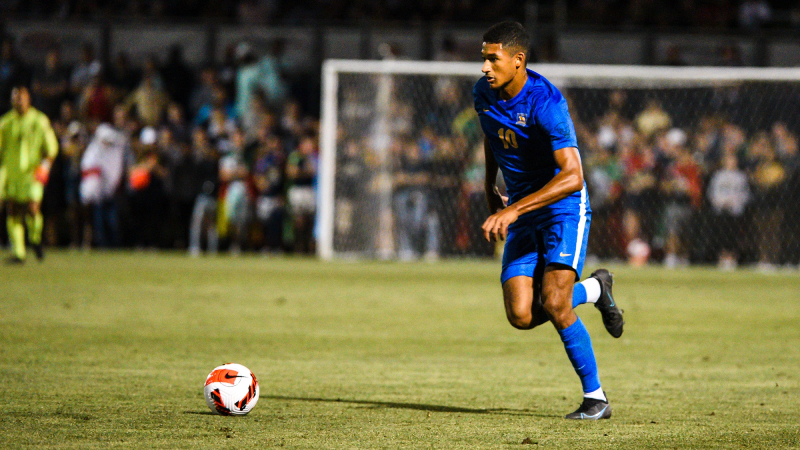 As it turns out, having good players might just help teams win games. Such was the case for Pittsburgh Sunday night in its clash against Kentucky. The Panthers were locked at 1-1 and down to 10 men when Bertin Jacquesson received the ball just outside the box. He needed three touches: one to kill the spin, a second to create space and a third that sent the ball into the top left corner.

His goal won the game and sent the Panthers through to the NCAA Tournament quarterfinals. It has, in truth, been an inconsistent season for the exciting forward. But on Sunday night, he showed his attacking quality. And he only needed three touches to do so.

GK Isaac Briner, UNC Greensboro - Briner was substituted on for the Spartans’ penalty shootout against Stanford. And he delivered, stopping three shots to send his team to the quarterfinal.

D Keegan Tingey, Stanford - Tingey marauded down the wing at every opportunity this weekend and was rewarded with an assist — a lovely cushioned pass to Cameron Cilley.

D Delentz Pierre, Portland - Pierre broke the deadlock against Western Michigan, scoring a header in a 1-0 win. His defensive quality also lifted the Pilots to a clean sheet.

M Giorgio Probo, Creighton - Probo played hero for Creighton against Tulsa, grabbing a goal and an assist in a 2-1 win.

M Alex Nagy, Vermont - Nagy was at his relentless best against UCLA, scoring Vermont’s third goal in a 3-0 win. He was also a constant source of chance creation and tallied seven shots on the day.

M Giona Leibold, Syracuse - Leibold scored one of Syrcause’s best goals of the season, dribbling the length of the pitch and finishing. His magnificent solo effort was the only goal in a 1-0 win over Cornell.

F Marco Afonso, UNC Greensboro - Afonso opened the scoring against Stanford, side-footing the ball into the bottom corner under pressure.

F Yaniv Bazini, Vermont - Bazini got the Catamounts going against UCLA, lashing a left-footed shot into the top corner for the first of three Vermont goals.