Men’s Team of the Week: November 30 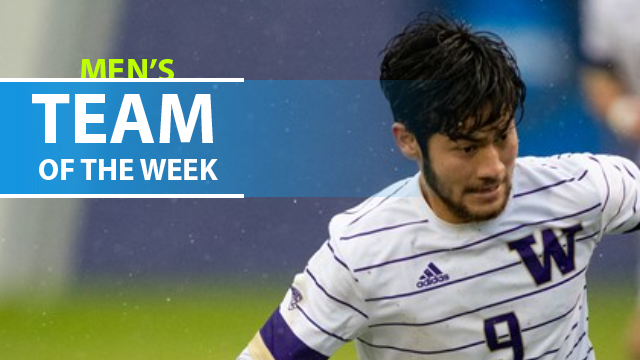 The star senior rose to the occasion once again, helping to haul the Huskies into a second-straight quarterfinal appearance in the NCAA tournament. Teves scored a hat trick, including the winning goal in overtime to beat Indiana by a 3-2 score in Seattle.

DOWN GOES INDIANA AND WE ARE GOING TO THE ELITE 8!!!!! pic.twitter.com/3Rw5dqdcO7

Check out some of the other top performances from the past week of action in Division I men’s soccer.

GK Steven Tekesky, West Virginia – While he wasn’t extremely busy, as WVU’s back line was in good form against Tulsa, Tekesky made both saves required on the way to a 1-0 road win in overtime against Tulsa.

D Joran Gerbet, Oregon State – A 90-minute shift and clean sheet effort from Gerbet helped Oregon State continue to progress in the tournament with a 1-0 win against New Hampshire.

D Kevin Morris, West Virginia – The fifth-year senior from Maryland got an assist on the game winner against Tulsa, a 1-0 win in the second overtime. He played all 102 minutes as WVU advanced to face Georgetown for a spot in the College Cup.

D Joshua Ramsey, Notre Dame – Another strong shift from the freshman helped Notre Dame blank Wake Forest by a 2-0 score at home. Ramsey played all 90 minutes as the Demon Deacons were able to get just one shot on goal.

D Raphael Crivello, Pittsburgh – Two goals from the left back helped put the game out of reach, in what was a game that was much tighter than a 4-0 score indicated.

M Dylan Teves, Washington – After scoring six goals in the first 16 games of the season, Teves now has six in the last two. It’s a perfect time to get red hot, as the Huskies look to make a College Cup breakthrough this weekend against Saint Louis.

M Filip Mirkovic, Pittsburgh – It was a close game in the first half between Hofstra and Pitt, until Mirkovic was able to dial it up from range to put the Panthers up for good. He was also credited with an assist in the win.

M Nicholas Pariano, Duke – A goal and assist from Pariano helped Duke score twice and tie the game against Saint Louis late in the game.

M Alvaro Gomez, Clemson – The junior from Spain scored for just the third time this season, but it was a big goal: the winning strike in the 89th minute to beat Kentucky by a 2-1 margin.

F Simon Becher, Saint Louis – With a goal and assist, Becher helped SLU stay on top against a very good Duke team. SLU pulled out the win by a 4-3 margin, with an own goal providing the winner.

F Marlon Tabora, Georgetown – A massive breakout for the sophomore saw him involved in all four goals in Georgetown’s 4-1 win against Providence. Tabora setup the first goal of the game, when his free kick hit the post and was slotted in by Dante Polvara. He had a hat trick during a 12-minute span in the second half, providing the margin of victory versus a talented Big East foe.

F Victor Bezerra, Indiana – In what is now his final game in college, Bezerra looked dangerous against UW’s stout back line, winning and converting a first-half penalty in the 3-2 loss.