Men's Team of The Week: October 11 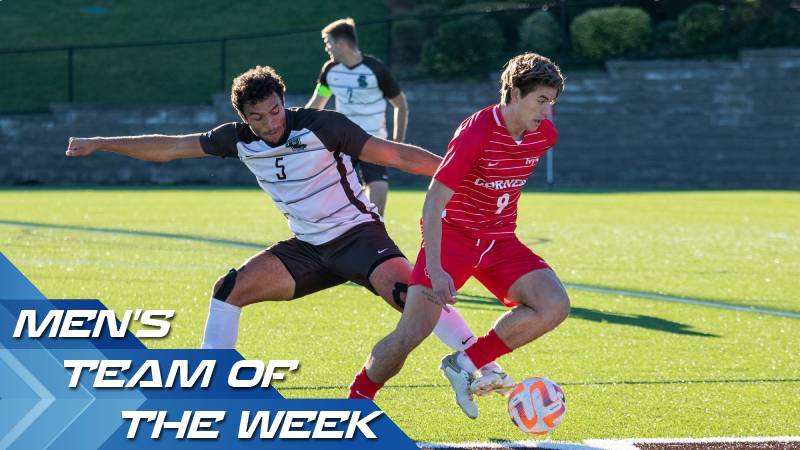 Matthew Goncalves gambled on the ball that everyone else watched. His Cornell teammate Connor Drought had whipped a cross that danced along the edge of the six yard box. And while two defenders flailed, Goncalves slipped in at the far post, lashing the ball in. His goal — coming with just 18 seconds remaining in Cornell’s 2-1 win over Brown — capped off a memorable week for the Big Red. Cornell has now won six in a row and sits atop the Ivy League. And Goncalves has been a valuable contributor thus far. Last week was his best yet, with the forward scoring two goals and adding an assist. It’s that level of performance that makes him our player of the week.

GK Tucker Mann, St. Thomas (Minn.) - Mann tallied 12 saves to keep out Denver in a 0-0 home tie. He faced 19 shots as the Tommies held on to salvage a point.

D Gio Migiletti, Washington - Miglietti was the latest Husky to get on the scoresheet in what has been an excellent attacking season for Washington. He netted the game winner against Cal(m) — a neatly placed header into the top corner.

D Nick Richardson, Maryland - Richardson was immense in Maryland's comeback victory over Rutgers. He assisted two and scored one as the Terrapins overcame a 2-0 deficit to win 3-2. He also tallied an assist in a 1-1 tie with Northwestern.

D Mads Westergren, SMU - Westergren helped at both ends for the Mustangs, scoring the winning goal in their 2-1 result over UCF before helping his side keep a clean sheet against UAB.

D Salvatore Mazzaferro, South Florida - The Bulls are in the midst of a five game undefeated streak, and Mazzaferro has been central to that effort. He led a backline that held opponents to just 14 shots last week.

M Gurman Sangha, Portland - Sangha’s tidy finish was the difference in a massive road win over San Francisco, helping the Pilots to the top of the WCC.

F Marlon Tabora, Georgetown - Tabora was vital off the bench for the Hoyas. He bagged the game winner at Butler and followed that up with a terrific equalizer against DePaul.

F Daniel Hernandez, Campbell - Hernandez tallied four goal contributions for the Camels in a big week. His finish against UNC Asheville was his second game winner of the year.