Men's Team of The Week: October 4 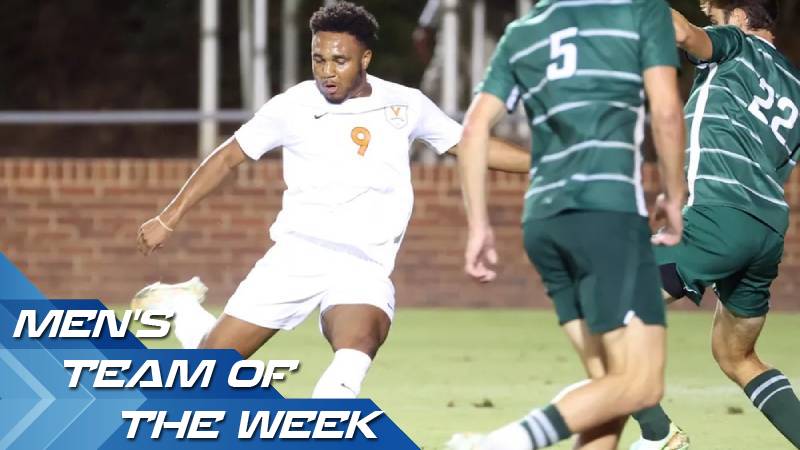 Virginia’s Phil Horton didn’t really look before he shot. The striker had run down an errant pass, striding on to a loose ball just inside the Pitt box. And as the goalkeeper scampered towards him, Horton stroked the ball into the net. It was his second goal of the night, and Virginia’s third as it beat Pitt on the road.

Horton was at the center of a vital victory for the Cavaliers, starring as they beat a ranked team for the second week in a row. There wasn’t a more important showing in the country over the last seven days.

GK Holden Trent, High Point - Trent posted two standout performances last week, keeping a clean sheet in a 0-0 at Elon before making a series of big stops to earn a win against Radford.

D Axel Gudbjornsson, Duke - Gudbjornsson was a constant in an otherwise hectic clash between Duke and Wake Forest. He was solid in the air, distributed well and nodded in the game winning header.

D Jason Bucknor, Michigan - Bucknor was central to a solid performance from the Wolverines against Indiana. He grabbed a goal and also disrupted play to prevent the Hoosiers from grabbing a late winner.

D Thomas DeVizio, Rutgers - DeVizio produced one of the best moments of the season so far last Friday, burying a 90th minute equalizer to snatch a point for Rutgers at Ohio State. His defensive work was also key.

M Max Murray, Vermont - Murray has been one of Vermont’s standout performers this season. His brace against UMass Lowell(m) marked one of his best showings to date.

M Will Reilly, Stanford - Reilly had a big night for Stanford against Cal(m), scoring twice and also adding an assist — continuing a breakout campaign for the Cardinal.

M Wilmer Cabrera, Jr., Butler - Cabrera did it all for Butler as it beat Marquette, scoring and adding two assists. He now has 4 goal contributions in his last two games.

M Nicholas Scardina, Washington - Scardina scored the winner in Washington’s 1-0 win over UCLA Sunday night. His finish kept the Huskies undefeated and established them as early favorites for the Pac 12 title.

F Phil Horton, Virginia - Horton’s brace at Pitt could be the kickstarter for Virginia's burgeoning campaign.

F Emil Jaaskelainen, LIU - Jaaskelainen scored three goals and added an assist across two games. He has scored at least once in eight of his nine appearances this season.