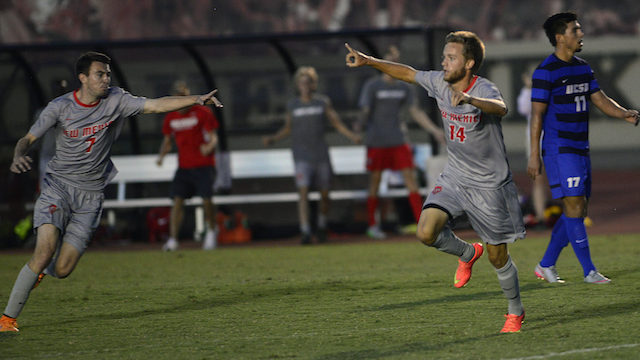 The men’s college soccer season is already full of drama. The top teams have been knocked off the perch and there is a new team at the head of the table. With all of the shake-up, there have been some early season Cinderella stories.

This week’s Team of the Week features a number of players who have helped lead their squads to dream starts in 2015. Check out which players made of the TDS Team of the Week below. If you would like to submit a player for the Team of the Week, please email college@topdrawersoccer.com.

GK Paul Blanchette, Loyola Marymount - Blanchette made six saves in two wins over the weekend. He also contributed the game-winning assist on Sunday in a 1-0 win over Boston College. Blanchette and the Lions defense have yet to concede a goal through nearly 484 minutes of play this season.

D Michael Shipp, Notre Dame - The senior connected on his first career goal on Sunday as the Irish defeated UAB. Shipp was named the Most Outstanding Defensive Player for his contributions to helping Notre Dame win the tournament without conceding a goal.

D Kyle Adams, San Diego State - The freshman defender was one of the main reasons why San Diego State did not concede a shot in the 3-0 win over George Washington on Sunday. Adams’ defensive play has helped set the tone for the undefeated Aztecs.

M Mark Moulton, Omaha - Moulton finished the weekend with two goals and an assist as theMavericks rode his offensive contributions to a pair of wins over UC Irvine and Cal State Northridge(m). Moulton leads the team with three goals this season.

M Chris Wehan, New Mexico - Wehan scored all four of New Mexico’s goals this weekend as the Lobos went undefeated in the Grange & Ashwill Memorial Invitational. Wehan’s two-goal performance against UCSB on Sunday helped the Lobos claim a share of the tournament championship. He was named the MVP and Offensive MVP for the event.

M Liam Robley, American - Robley finished the weekend with one goal and three assists as he led American to a pair of convincing wins over Howard and Penn. Robley has been a dominant force for American this season, as they are undefeated through four games.

M Oliver Shannon, Clemson - The sophomore midfielder scored twice to help Clemson secure a 3-0 win over South Carolina in front of 7,868 fans on Friday night. Shannon has three goals this season for the Tigers.

F Fabian Herbers, Creighton - Herbers recorded two goals and two assists while Creighton picked up two wins over the weekend. The boss of Morrison Stadium continued his fine run of play this season in both games as the Jays dominated the competition from California.

F Padraic McCullaugh, Villanova - The junior forward had a goal and an assist against Drexel during a midweek clash. McCullaugh netted the game-winner was just over four minutes left to push Villanova past Drexel. He topped that performance on Sunday with both goals in a 2-1 win over Delaware. He has four goals this season.