Men's Team of the Week: September 4 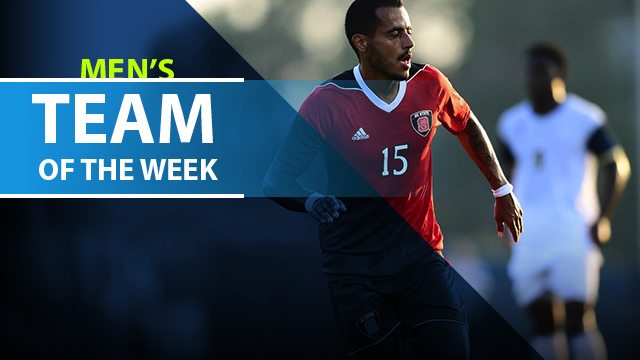 With the quality of players returning to Raleigh, NC State always looked like a force to be reckoned with this season.

Bringing back quality players like Manny Perez, David Loera, David Norris, Leon Krapf and Brad Sweeney, the Wolfpack have something to build around this season. That, combined with the contributions of newcomers, has led to a bright start to 2018.

Previous Teams of the Week: Aug. 28

It was one of those newcomers that left his mark last week. Gabriel Machado, a transfer from Monroe College, scored both game winning goals as the ACC side grabbed two wins. That included a 2-0 victory on the road at Akron, a big win at this stage of the season.

While it’s early in the season, keep an eye on NC State, as the TDS Player of the Week Machado is another weapon for them to work with this season.

GK Kienan Weekes, Portland – The senior goalkeeper, who has two appearances in three prior seasons on the Bluff, has made the most of his starting chances. He made five saves and kept a clean sheet as the Pilots blanked UC Santa Barbara on Friday night.

D Callum Montgomery, Charlotte – It’s a second straight appearance on the Team of the Week for Montgomery, who converted a penalty kick and helped his side keep a clean sheet as the 49ers defeated Furman by a 2-0 score.

D Andrew Gutman, Indiana – Gutman continues to reinforce his stature as one of the nation’s best players. He scored twice, including both game-winning goals in victories over Dartmouth and Connecticut. The marauding left back also notched an assist in the win against the Big Green.

D Kolade Salaudeen, Oregon State – Salaudeen anchored an Oregon State defense that allowed just one goal over the course of two matches. He earned Man of the Match honors in the Beavers’ 2-1 win over Sacramento State on Monday, and helped the Beavers keep a shutout for 110 minutes vs. Xavier on Friday in a 0-0 draw.

M Moshe Perez, Denver – The Pioneers have shot out of the gates at full speed, winning its first two games of the season. That included a 3-2 defeat of Washington last Thursday, where Perez picked up a goal and setup Andre Shinyashiki’s game winner.

M Gabriel Machado, NC State – The junior college transfer has hit the ground running in Raleigh, scoring the game-winning goals for the Pack in wins against Akron and Presbyterian.

M Noah Jensen, Oakland – With three wins in the week, there were several key performances from Oakland's squad, as they defeated Marshall, DePaul and Loyola-Chicago. Jensen anchored the team's central midfield, scoring a goal and chipping in an assist in the weekend's wins at the Chicago Classic Tournament. The Canadian midfielder earned MVP honors of the weekend tourney.

M Siad Haji, VCU – One of college soccer's top attacking talents, Haji scored a pair of game-winning goals over the weekend. His first came on Friday in a 1-0 win against Temple, and the second came on Sunday in overtime against Santa Clara, his second of the campaign.

F Benji Kikanovic, Sacramento State – Kikanovic scored two goals in Sacramento State's come-from-behind, 5-4 overtime time at CSUB. His first goal came 24 seconds into the match to give the Hornets an early lead. His second came in the 95th minute as he scored the game winner in overtime.