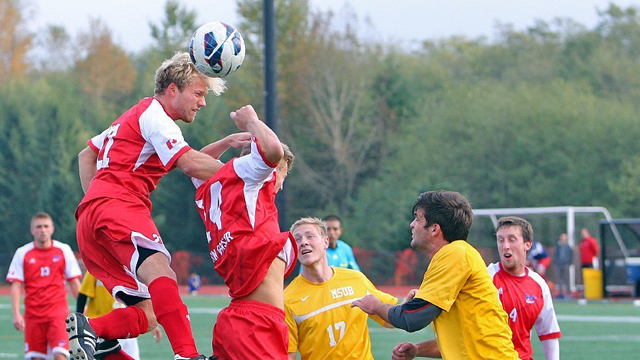 Another fiery weekend of DII and DIII men’s action is in the books. After the quarterfinals wrapped up, teams are now bracing for trips to San Antonio for the DIII tourney and Evans, Ga. for the conclusion of DII play in a week and a half.

Here’s how things shook out over the weekend in men’s action across the nation.

If you were a top-seeded team in Division II this season, the tourney didn’t exactly go as planned. No. 1 seeds went 4-9 in the tournament, and not a single one got past the fourth round and into the semifinals.

The carnage was total. Slippery Rock, Limestone, Ohio Dominican and Cal State Los Angeles couldn’t get past the second round. LIU Post, one of the early favorites to win the tournament, couldn’t navigate past the third round, while Lindenwood (the end-of-season No. 1), Regis and Rollins each lost on the doorstep in the quarterfinals. As a result, the men’s DII final four is shaping up to be an even melee between four lower seeded teams.

The Canadians go marching on 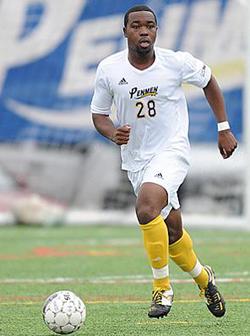 British Columbian outfit Simon Fraser has been making up ground on the field after a shaky patch during the regular season. Despite garnering a No. 4 seed, the Clan roughed up California Baptist 5-0, got by Cal State Los Angeles on a double overtime goal and then beat UC San Diego in penalties after a 1-1 draw.

So when Simon Fraser met up with No. 1 seed Regis, the Clan didn’t waste any time booking passage to the final four. Simon Fraser won 5-0 on Regis’ home field in Denver, scoring twice in the first half and three more times in the second to sprint into the semifinals. This is the second year in a row Simon Fraser has earned a spot in the semifinals in Evans, Ga., but they’re seeking their first title. If they win, they’ll be the first Canadian outfit to win a Division II soccer championship on American soil.

Nobody had a more thrilling passageway to the semifinals than surging Southern New Hampshire. The Penmen advanced to their first semifinals since 2002 and third of all time via a penalty shootout victory over Mercyhurst. After the teams finished regulation scoreless, Southern New Hampshire got a huge save from keeper Dom DiMaggio in the third round and made all its kicks to streak into the semis.

As the No. 2 seed, Southern New Hampshire is now the highest seed left in the tourney. They’ll face Rockhurst, which registered perhaps the shock of the tournament by defeating No. 1 Lindenwood on a first-half goal from Paolo Scoppola for a 1-0 victory. Carson-Newman, which will face Simon Fraser, claimed a No. 1 scalp of its own with a 2-1 win over favored Rollins.

The Messiah women are out, which means the school won’t repeat its phenomenal accomplishment from 2012 when both the men and women won concurrent national titles. But the men aren’t done yet, getting a brutal 4-1 win over Franklin & Marshall to advance to the semifinals last weekend.

It’s been a relatively easy romp to the final four for Messiah, which has only played one tourney game - a 2-1 win over Kenyon - that was decided by one goal. This most recent win, which pushed Messiah to 21-1-1, led the Falcons to the national semifinals for an incredible 13th time in the last 14 seasons. While the field is stocked with talent, Messiah made it known that the road to the 2013 title still goes through the defending champs.

It wasn’t that long ago that Williams seemed to be on the outside of the NCAA tournament picture looking in. The Ephs lost five games in the regular season and failed to win their conference tournament after a loss to Amherst in the final. But Williams was granted a reprieve with an at-large bid as one of the last teams in the field, and the Ephs have taken full advantage.

Williams fought through wins against Elms, Western New England and Brandeis before running up against familiar foe and unbeaten Amherst in the national quarterfinals. Chris Conder’s goal in the 78th minute handed heavily favored Amherst its first loss in 40 games. Now, a team most figured wouldn’t even make the tournament is in the semifinals for the second year in a row and sixth time in coach Mike Russo’s tenure.

Loras, Rutgers-Camden a study in contrasts

In the other semifinal, Rutgers-Camden and Loras will square off with distinctly different pasts. While this is Loras’ second straight year at this stage, Rutgers-Camden is making its first appearance here in program history. Loras got here by defeating Texas power Trinity 2-1, while Rutgers-Camden knocked off Montclair State by the same scoreline.

These two teams may have different narratives, but newcomer Rutgers-Camden will have its might on its side. The Scarlet Raptors have yet to lose a game this season, and their 2-1 win over Montclair State proved they have the mettle to stand tough when the heat rises.