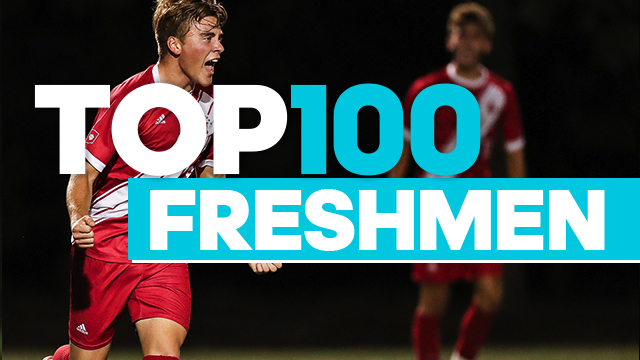 For the talented recruiting class heading to Indiana this fall, there would always be opportunity for those that made the most of their chance.

After the vaunted program lost 10 starters from last year's College Cup squad, several freshmen have stepped in right away, lifting the Hoosiers to a strong start to the 2019 campaign.

Among those is Aidan Morris, who sits at No. 1 atop the Men's Freshman Top 100 Players to Watch list, which was revealed this week.

Morris, a Florida native that spent time with the Crew SC Academy before heading to Bloomington this fall, has excelled in a starting role during the current season.

He's one of six Indiana freshmen in the Top 100, as Herbert Endeley, Joshua Penn, Daniel Munie, Victor Bezerra and Maouloune Goumballe join Morris on the list.

Saint Louis is also well represented with four players from its high-quality recruiting class. That includes Kipp Keller, who slots in at No. 3 behind Clemson midfielder Phillip Mayaka. Two Pac-12 talents round out the top five: Stanford's Ousseni Bouda and Washington midfielder Christian Soto.