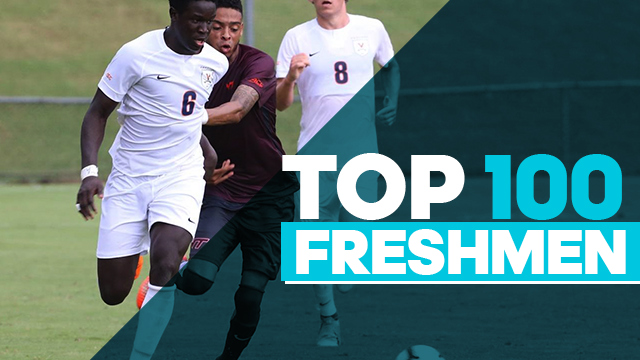 Who have been the best freshmen in men's Division I soccer this season?

If you're looking, start at the back.

A plethora of first-year defenders have emerged over the course of the first half of the season, stepping into starting roles on some of the best defenses in the country.

That starts with the No. 1 player in the midseason Top 100, Virginia defender Aboubacar Keita. The Crew SC Academy product leads one of the stingiest back lines in the country, and has played every minute of the season so far.

He's not the only defender to shine. Jack Maher has helped Indiana cope with the graduation of Grant Lillard, while Callum Stretch sits at No. 2 after stepping into a starting role for Denver from the first day of the season.

There are attackers dotting the top 10. Aristotle Zarris is one of five freshmen in the Top 100 contributing at Wake Forest, Issa Rayyan's dynamism has been huge for Duke, while Frankie Amaya's thrived when he has the ball at UCLA.