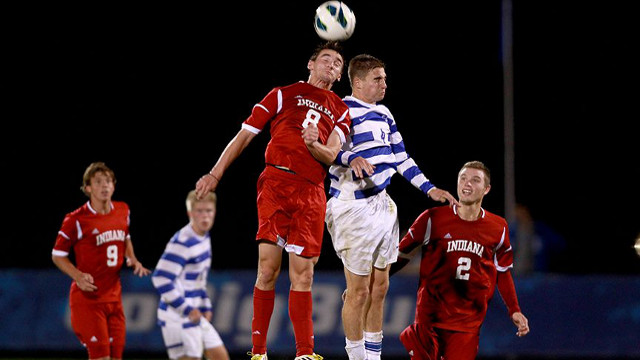 On Monday, NCAA released the men’s college soccer bracket for the Tournament. Always with this unceremonious occasion comes the discussion about which teams missed out on the Big Dance.

This season, SIUE was the major blemish. The Missouri Valley Conference program had an RPI, which is the major factor in postseason at-large berths, of 32, but was neglected for five programs with worse rankings in the RPI. 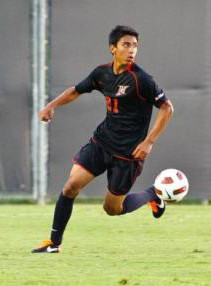 The Cougars may have had some indication that the bad news was coming, as head coach Kevin Kalish campaigned after the MVC Championship defeat to Creighton for a spot in the postseason.

"I feel strongly that we should be selected tomorrow to the NCAA Tournament,” Kalish said on Sunday in a release. “We've showed we can successfully compete with any team in the nation – case in point today, as I felt we were in control throughout the game against a very good Creighton team. I feel our season's results warrant inclusion in the NCAA field as an at-large.”

With so much of the decision in the control of a committee of 10 individuals, there are bound to be situations like this with SIUE and others.

It should not take away from the teams that did make it, as this unpredictable season of college soccer sets up a postseason, which should be equally as exciting.

First Round Preview – Games to Watch:

For a rundown of the schedule of all first round and second round games, check here.

The Xavier Musketeers (13-2-5) had a pretty good indication that they would receive an at-large bid, but you never know until you see your name on the screen.

On Monday, the players experienced that elation when they were paired with fellow at-large squad Kentucky (10-8-2) during Monday’s draw.

The Wildcats are the host for the game, but they may have preferred to hit the road where they have found more success this season. Kentucky is 6-2-0 on the road during this season while only 3-4-1 playing in Lexington.

Xavier has enjoyed success on the road this season with a 4-1-3 record, but head coach Andy Fleming is confident his team is still not playing at its highest level.

“I don’t think we have played as well as we can against some of the top teams,” Fleming said after the draw. “I think we still have a vintage performance in us.”

It would be easy to agree with Fleming, as his team is a talented bunch with potential to easily put three or four in the back of the net against a good defense.

In a sense, these are two similar teams. Good goalkeeping, strong defending, and excellent coaches are the DNA of both programs.

Air Force (10-8-4) snuck in at nearly the last second with a game-tying goal from senior captain Kevin Durr with 16 seconds left in the MPSF Championship on Sunday. The Falcons went on to win in penalty kicks and earn their spot with the automatic bid.

Washington (12-4-3) grabbed an at-large bid after a very successful season in the Pac-12 that came down to the final day of games.

Don’t expect many goals in this clash; it will be a close affair.

While San Diego has improved a considerable amount since then, this is a very good squad from Northridge that is rounding into form with every new game.

In terms of playing style, both teams like to knock the ball with technical players all over the field. Northridge sets up the offense around sophomore striker Sagi Lev-Ari, who has 14 goals on the season.

Senior midfielder Dan Delgado pulls the strings for the Toreros, which should set up a fascinating matchup against Carlos Benavides in the middle of the pitch.

Two teams that have prolific attacks are set to face off in South Carolina on Thursday.

Elon boosts the top scorer in the nation in Chris Thomas who has 23 goals and five assists on the year. The Phoenix are not exactly shy with how they will approach this game. Thomas will play as the target forward and be on his own to try to beat the Coastal Carolina defense on his own for the most part.

Coastal Carolina’s attack is more fluid with a number of pieces moving to facilitate the attack. Yet, there is still a main star of the show for Coastal. Senior forward Ashton Bennett is the focus of the attack for the home side.

Thomas is too difficult to stop even for the best defenders. Bennett is too fast.