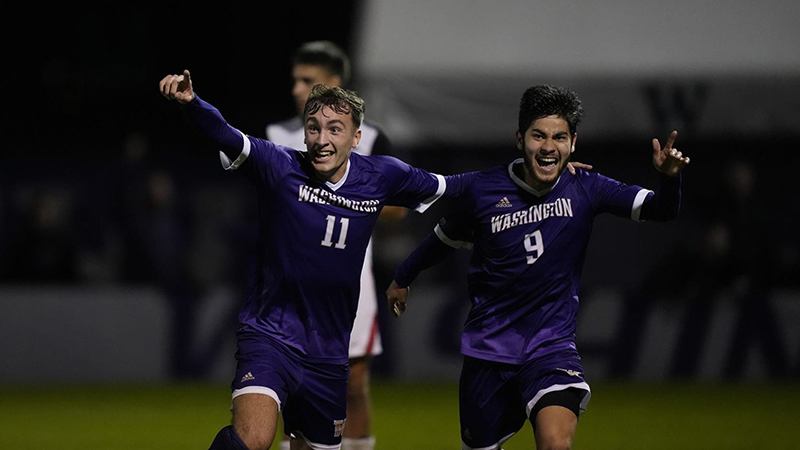 A couple of big ACC matches kick off the weekend, before a couple of crucial Pac-12 games round out the five top matches to watch (all times listed EST).

Several critical ACC matchups are ahead this weekend, but this is the one to really watch closely. Wake Forest has had its share of ups and downs, though claimed a big win on home turf already by beating Pittsburgh. Clemson has dropped two games in a row, falling in a non-conference match to UNC Greensboro before being beaten by Pitt at home. Whichever side wins here will certainly provide much-needed momentum for the current campaign.

While the aforementioned pair should provide for entertainment, Louisville’s trip to Duke is a matchup between the first-place teams in the Atlantic and Coastal Divisions. It’s good news for the chasing sides that at least one of them will win or draw after this meeting in Durham. The Cardinal attack is rounding into form, with 18 goals in the past four games, albeit two of those against non-ACC opponents. Aboubacar Camara has taken a big step forward, offering a talented addition to the attack alongside Pedro Fonseca. Things are coming together for a young Duke team that has plenty of quality. They’ve laid the foundation for at least returning to the NCAA tournament, barring a late-season collapse. Defense has been the strength for the Blue Devils, conceding just one goal in eight games. Senior Ian Murphy’s been key for that, second on the team in minutes played, while Eliot Hamill’s played the bulk of minutes in goal. This one should be a fascinating matchup.

The Ivy League begins this weekend. While Harvard and Yale both faced ups and downs during the non-conference portion of the schedule, this is an important, tone-setting matchup for two teams hoping to challenge Cornell, Penn and Princeton for the title. Harvard’s shown signs of trending in a positive direction, with a squad that is increasingly reliant on overseas recruits; Italian youth national teamer Alessandro Arlotti leads the team with three goals and three assists. Yale is a young squad that’s conceded 11 goals in seven games, though Kylie Stannard has done a good job on the recruiting front here. The approach will be interesting from both teams: do they play cautiously and look to keep it close, or will one side open it up and go for it?

It’s a Pacific Northwest double-dip for SDSU and UCLA, and the former lost for the first time on Thursday at Washington. Regardless, it was a tight 1-0 loss in overtime that showed that Ryan Hopkins’ side has truly made significant progress. Oregon State held off UCLA in a wild 4-3 encounter, with Terry Boss’ program really putting the foot down to play attacking soccer. That makes this one intriguing aside from Pac-12 ramifications; San Diego State’s defense has been strong, and the ability to slow down the Beaver offense is where this one could be decided.

It was a cruel result for the Bruins on Thursday, blowing a 3-1 lead at Oregon State to fall to 4-3. Three goals in three minutes put UCLA in a spot where they will look to bounce back against an even better team. The Huskies are rolling, getting big goals from a variety of sources, and a typically tough team to breakdown. Dylan Teves and Nicholas Scardina have been scoring the big goals for a UW side that has all the makings of a potential College Cup squad. UCLA needs to tighten up defensively in front of talented goalkeeper Justin Garces and keep this one close while looking to secure the upset.