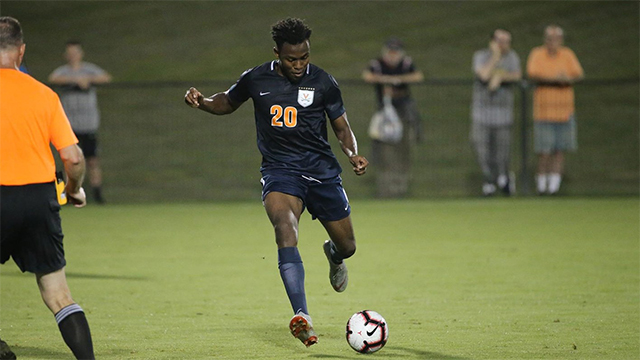 A new month means even higher stakes in the men’s Division I season. These five matches should provide for exciting viewing over the next few days.

Coming off a loss against Wisconsin, the Spartans travel east to visit College Park for what should be an entertaining clash. Slowly but surely, the Terps are turning their season around, winning four of their last five games. William James Herve is starting to provide the midfield thrust that the Terps lacked earlier in the season, and the French freshman will continue to cut a critical figure in what should be a tough match. Figuring out a way to slow down Ryan Sierakowski and DeJuan Jones is part of the puzzle, as the Spartan seniors are dynamic and lethal in front of goal. This match kicks off a critical stretch for Maryland, which faces Georgetown the Monday after this game and then makes a trip to Bloomington the following Friday.

A handful of intriguing ACC matches loom this weekend, as the nation’s top conference gears up to chase Wake Forest. Duke could really use a marquee win, and with Virginia at No. 3 in the RPI, that would do the trick in terms of solidifying the team’s tournament resume. Daniele Proch and Brandon Williamson have been the keys, helping Duke tick over, while freshman Issa Rayyan is an electric option out wide. Defensively, Virginia locks things down as they continue to search for options going forward. Cabrel Happi Kamseu answered the call of late, notching four goals, and freshman Daryl Dike scored his first career goal in a Tuesday night win against Wright State. Putting things together going forward, and Virginia could be in line for a deep run this fall.

While losing on Tuesday night against Virginia, Wright State kept it close for long stretches, controlling portions of the match. Forward Alec Philippe has been one of many weapons that have keyed one of the nation’s best attacks, and they’ll look to make it four wins from four Horizon League matches against UIC. Jackson Dietrich and Deri Corfe also help pace the team going forward, and they’ll welcome a UIC team that’s coming off a 3-1 loss last weekend against Cleveland State. A win here cracks the conference race back open, and they’ll need a big game from Jesus Perez, Max Todd or Oscar Gonzalez to make it happen.

The Blue Jays fly into New York with a chance to seize control of the Big East regular season race, as Creighton is in the middle of a bounce back season, despite losing 1-0 at home to Denver this past Tuesday. Sven Koenig’s found his shooting boots, and that’s been a big part of the team’s early success. Defense has been the real strong suit; goalkeeper Paul Kruse has conceded just four goals from the team’s 10 games, and they’ll look to setup shop against a young Red Storm squad and come away with at least a draw. A St. John’s win here would certainly shake things up in the title race, as the hosts have talent but lack experience in some departments. Junior Matt Forster’s provided the match-winning difference, with five goals and four assists through 10 games.

The Big Ten title race is shaping up to be a doozy, although the Hoosiers can seize control with a win on the road against the Wolverines. Indiana’s looking strong at both ends of the pitch, as freshman Jack Maher’s quality leads a stout defense, and Justin Rennicks, Andrew Gutman and Trevor Swartz propel the offense. Michigan is unbeaten in eight straight games, leaning on Umar Farouk Osman and Jack Hallahan have scored 10 of the team’s 19 goals; if the Wolverines are to pull off the win here, one of those two is likely to have gone off.