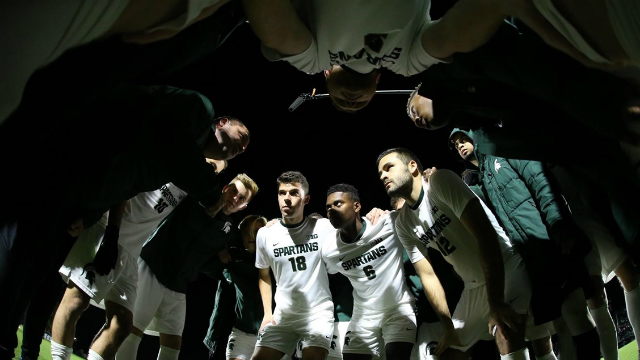 The regular season is winding down in men’s Division I soccer. Don’t miss these five matches looming (all kickoff times listed EST).

Both races in the ACC Divisions are over, with Wake Forest and North Carolina wrapping up those honors. But Louisville’s trip to Winston-Salem should still provide an entertaining match, particularly when it comes to looking ahead to the conference and NCAA tournament. Louisville’s talented midfield can lock down the best in the country and seeing them in action on Friday against Wake Forest’s maestros is a huge test for each side. If Tate Schmitt can engineer or finish off chances in front of goal, that is sure to boost the Cardinals’ chances. Defensive improvement is always the key for the Demon Deacons, as they have ample firepower going forward.

Holding a four-point lead over Bowling Green in the MAC standings, the Mountaineers need only a point to secure the regular season conference crown. Winners of three straight, and six of their last seven, West Virginia’s putting it together at the right time and look safe for an at-large bid in the tournament. They will have their sights set on much more and can hope to count on senior Joey Piatczyc to lead a well-balanced attack heading into Friday’s game. Bowling Green enter this matchup in decent form, unbeaten in six straight games, with four of those victories. If they are to come away with the win, Tate Robertson, the team’s leader in goals and assists, is going to have to come up big.

It’s a season-defining road trip for the Bruins, and after losing Thursday night to Washington, hop on a bus to face the Beavers in Corvallis in what is a must-win. Oregon State’s enjoyed a solid season under first-year head coach Terry Boss, getting big contributions from several freshmen, including Gloire Amanda, Sofiane Djeffal and Adrian Fernandez. Targeting three points from this one should be on UCLA’s mind in order to keep pace with Stanford in the Pac-12 title race, now four points adrift after Thursday's loss. Oregon State isn’t out of it either, tied on points with the Cardinal having played one more game. The Bruins need a huge game from Justin Garces in goal to keep the likes of Amanda at bay and give his side the chance of a win.

A Big Ten title is no longer up for grabs on Sunday, as the Hoosiers took are of business on Wednesday night to secure the crown, defeating Ohio State 1-0. The Spartans were in the race until drawing the past two league matches, 0-0 against Northwestern and Michigan. Regardless of the diminished stakes, the Spartans would relish the chance to hand IU their first Big Ten loss of 2018. Getting big games from DeJuan Jones and Ryan Sierakowski would go a long way in helping the Spartans, both for this match and beyond. Jones hasn’t scored in 10 games, assisting on a pair in that stretch, while Sierakowski’s on a seven-match scoreless run. Cracking Indiana’s tough back line is no easy feat, though someone must be sure to track Andrew Gutman. The left back now has nine goals on the season, and is easily one of the best players in the country. The X-Factor in this one for the Hoosiers is whether or not Justin Rennicks and Griffin Dorsey are involved.