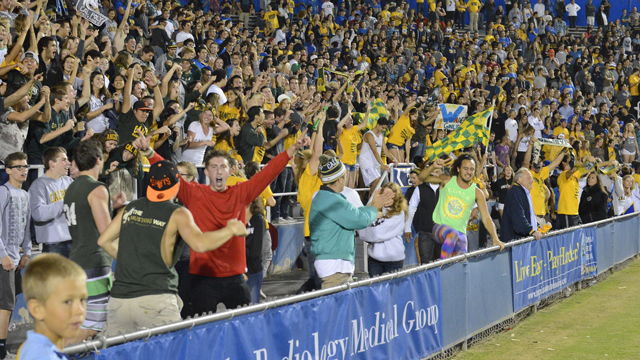 The first meeting of the season between these teams was a sellout at Cal Poly’s Spanos Stadium. Over 11,000 packed into the cement and metal bleachers for a 1-1 draw that helped UCSB clinch the Big West North Division title. 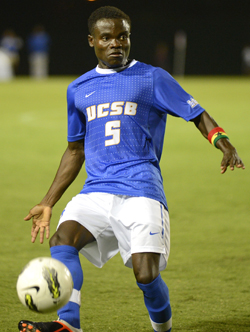 The return fixture offers a bit less in terms of standings or pomp, but rivalries have a way of building the narrative on their own. UCSB head coach Tim Vom Steeg told the Santa Barbara News Press last week that he would like to see his group close out the season with three wins from the final four games. That task got much more difficult with the news that senior center back Peter Schmetz, who was having an excellent season, will miss the next three weeks due to injury.

Cal Poly rolls into Isla Vista with the attention focused on postseason seeding for the Big West Tournament. The Mustangs have been inconsistent this season, but when the attack is on, it is scary good. Cal Poly leads the nation in goals scored with 41 – a program record. Senior Mackenzie Pridham has been the main threat with 13 goals on the season – he is three off the program record, which was set by Clay Harty in 1995.

Last time these teams met at Harder Stadium, Cal Poly stunned the crowd with a win in overtime. UCSB still remembers the sting from that result. This is a different (and more complete) team from the Gauchos, so expect a different result.

UCLA currently sits in first place in the Pac-12 standings, but that is likely to change by the end of the week. The Bruins are hibernating this week while the Huskies and Golden Bears have two games with the epic showdown on Sunday.

The earlier meeting this season in Berkeley resulted in a 1-1 draw. Washington will be forced to secure the full three points in this one, so expect the Huskies to open up the attack more and showcase the merits of Darwin Jones and Cristian Roldan.

Cal is coming off its worst spell of the season with two losses in the last three games. The Golden Bears defense is what got them this far, and will likely be the focus this weekend during the trip to Oregon State and Washington.

No. 24 Navy vs Army – About a week ago, this game was shaping up to be the Game of the Year with the Patriot League title on the line between the two institutions. Army suffered its first loss and draw of the season over the course of the last ten days and now Friday’s fixture has lost some oomph.

No. 18 Michigan State vs. No. 20 Michigan – The Spartans have been battling the injury bug lately, which hit the hardest on Tuesday when striker Adam Montague was forced to miss the game against Notre Dame. Along with senior defender Kevin Cope who has been playing through nagging injuries all season, the injury luck has not been kind to the boys in green. However, Michigan will take no sympathy on its bitter rivals when it strolls into East Lansing. November is Fabio Pereira’s month and we are all waiting for the show to start.

No. 25 UC Irvine vs. Cal State Northridge(m) – And you thought there would only be one Big West game featured this week, big mistake. The Anteaters host the Matadors in a Big West South Division showdown on Saturday. Irvine is riding with a three-point lead at the top of the conference standings - a win on Saturday seals up home field throughout the conference tournament.

No. 23 Temple vs. South Florida – The America Athletic Conference kicks off the men’s postseason on Friday with the opening round of its conference tournament. Temple and South Florida meet on Saturday in the second round. These are both good teams that need wins at the end of the season for a shot an at-large berth to the big dance. Watch out for South Florida freshman Lindo Mfeka who has been coming into his own lately for the Bulls.

Penn vs. Princeton – The second and third place teams in the Ivy League battle this weekend. A win is a high priority for both, as Harvard has opened up a two-point lead at the top of the table with two conference games remaining.