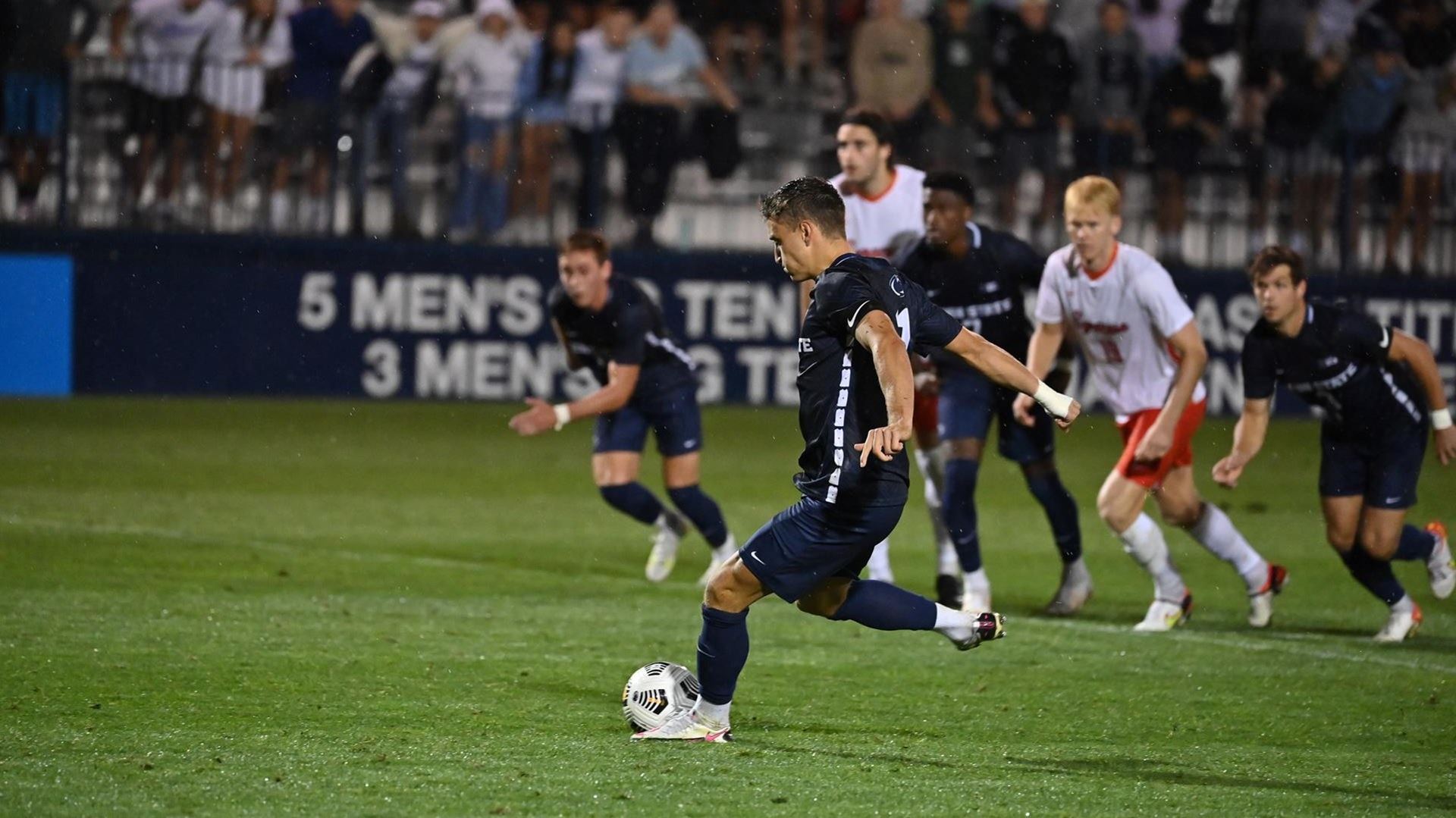 Friday night games are the ones to watch as the men’s DI season continues. Don’t miss these five matches available on TV or online (kickoff times listed EST).

It’s quite the week for the Mountaineers in terms of a non-conference schedule. After beating Pitt on Monday night, Pennsylvania’s other ranked team arrives in Morgantown. West Virginia is not a high-scoring, explosive side, yet they are difficult to break down under head coach Dan Stratford and know how to find goals. Penn State has Liam Butts back in the fold alongside Daniel Bloyou, while Seth Kuhn can tick things over the midfield. A tough, difficult encounter is expected between two quality programs. Another win for WVU would cap off an extremely impressive week.

A fascinating matchup between an up-and-coming ACC squad and an experienced Big East program that leans on internationals, NC State should have their hands full this weekend. Luke Hille showed flashes of excitement in his first two games of college soccer; doing that against Luca Dahn, a mid-20s center back, is a completely different prospect. Leon Krapf is back in goal for the Wolfpack, and if he’s able to keep CJ Tibbling at bay, it could set the table for a big win for the ACC side.

Tony Annan gets his first taste of the South Carolina rivalry, looking to lead the Gamecocks to a first win against Clemson since 2014. On paper, it’s going to take a tremendous effort from South Carolina to get snap that streak, especially on the road. Isaiah Reid fired Clemson to a big win in the last game out, as George Marks continues to be reliable in goal. Sophomore Peter Clement was among the goals for South Carolina in Annan’s first win. If anything, it’s probably one of the better times to face Clemson as the attack gets sorted. Keeping things tight for South Carolina is a huge key, as they are likely to face a lot of pressure. Regardless of the result, it should be one of the most entertaining matchups of the weekend.

The Ivy League gets rolling this weekend, providing the programs with the first litmus test after the 2020-21 season was cancelled. Cornell is one of the teams aiming to knock Yale from the summit, and an opening weekend test at Wake Forest is a great way to test that. The Big Red do have some experience and quality back, including Harry Fuller, Connor Drought and Emeka Eneli. Whether that’s enough to take it to Wake or be competitive is what to watch for here. The Demon Deacons dropped the home opener against VCU, bouncing back with a 2-0 win against Bucknell. A big season is needed from Omar Hernandez, whether it’s scoring goals or setting them up.

Two programs looking for national recognition battle it out in South Florida, as VCU continues a testing road swing to start the season. The Rams clung on for a 1-1 draw against UNC on Sunday, and have experience and quality to keep FIU limited. Zeron Sewell and Ulrik Edvarsen have plenty to offer, and Celio Pompeu will be back after getting a red card against Wake Forest (he was suspended for the game versus UNC). FIU made a big splash in the opener against UCF, rolling to a 4-0 win. The Conference USA side leans on the internationals, including Spanish defender David Garcia, a very good player for this level. It’s a chance for both teams to make a statement, and worth seeing how it plays out.