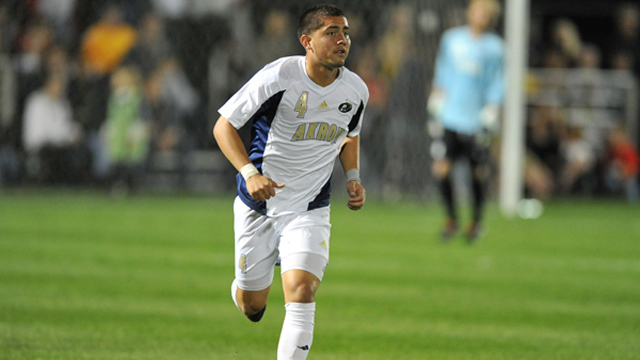 Parity (or parody if you go by ESPN’s dictionary). Who needs it?

The MAC has been absolutely dominated by the Akron Zips for the last decade (give or take a year). With coaching giants Ken Lolla and Caleb Porter at the helm, the Zips have passed circles around the competition on the way to eight regular season titles and seven tournament championships since 2004.

Porter is gone now though. He is looking dapper in Timbers green, and his longtime assistant Jared Embick is running the ship in Akron. Names may change, but the style of play for the Zips remains the same. Death by 1,000 passes will continue to be the mantra this fall.

The rest of the conference is hoping for some slip from the Zips to open the door for a new champion. West Virginia in its second season in the MAC will be pushing for that title. Northern Illinois, one of the few programs to challenge Porter’s Zips, will also be looking to nip the Zips in Embick’s first season.

The Zips only return five starters from last year’s team that won everything in the conference. The heavy amount of new faces with the Zips has not been a problem in the past though.

Center back Bryan Gallego will be the key piece defensively, as he sets the tone with possession from building out of the back. Aodhan Quinn and Reinaldo Brenes are the key points for the attack. Freshman Adam Najem will get plenty of run in the lineup, as long as he keeps producing. The New York Red Bulls midfielder is the odds-on favorite for 2013 MAC Freshman of the Year.

Jamaican Anthony Grant is back for his second season with the Falcons after scoring eight goals last fall. Grant is the key piece for Bowling Green, but the program does have experience on its side with nine returners from last year’s team back in the fold.

Head coach Eric Nichols enters his fifth season this fall, which means this is a roster comprised solely of his recruits. The time is now to start producing wins in the conference.

Kiwi Stu Riddle takes over the top spot with the Bulls this fall after a successful run with Western Michigan. The Bulls did not have the best reputation for style of play, but perhaps that will improve with the new regime.

Bulls only return four starters from last season, which opens the door for the 14 newcomers to slot into the starting lineup.

The Hawks return eight starters from last season, which will hopefully help improve on a two-win conference slate. Head coach John Scott is in his fourth season in charge, as he tries to build the program into a contender within the conference – something the team has not been for a while.

Issac Kannah suffered through a sophomore slump last season, and subsequently, the Huskies also fell flat. Kannah had moments when he looked like he was close to regain his form from 2011 where he torched defenses regularly, but it never happened with enough consistent to make the Huskies dangerous in the final third.

Kannah remains the key to NIU’s success this fall. As he goes, they go.

This season is a bit of the changing of the guard for the Mountaineers, which lost six starters from last year’s squad including some long-time contributors to the program. Head coach Marlon LeBlanc brought in 11 new players to reinforce the quality of the roster.

New Zealand striker Andy Bevin, the workhorse, will be the main weapon in the attack in his junior campaign.

With Riddle’s departure, the Broncos turn to alum Chad Wiseman to run the program now. Wiseman recently enjoyed some success as the head coach at Division III program Olivet.

To help with the coaching transition, the Broncos return three of the four top scorers from last season. Ten years removed from their last conference title, will the Broncos ride again this fall?