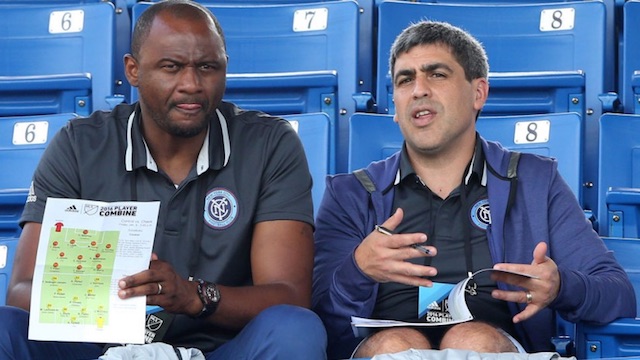 Daniel Johnson scythed into the meat of the box and had a clear step to the inside on his marker. A goal-ward bound shot was a mere touch away. You could see it coming before the hit came, and by the time Johnson was cut down with a step on his man the penalty was already a foregone conclusion.

It was a fleeting moment of magic for Johnson, but it was significant. The Louisville wide midfielder entered the draft week as a relative unknown alongside some of the glitzier names. That put a tremendous amount of pressure on Johnson’s performance, alongside those other players who entered the week at the MLS Combine in Los Angeles with a significant amount to prove.

Johnson ultimately showed well for Team Control, which swept aside its Team Chaos counterparts 3-1 in the opening match. He played 45 minutes and managed an assist and drew that lone penalty, which teammate Zeiko Lewis converted. For the scads of MLS front offices in attendance, Johnson probably nudged himself up more than a few draft boards. Depending on how the rest of the week goes, he might’ve earned his way into the first round. Inverted left wingers don’t grow on trees, anyway.

Meanwhile, on the other end, Canadian GA Shamit Shome enjoyed a relatively anonymous day. He was fine, really, but no better than middling. And he certainly didn’t do enough to separate himself from a crowded central midfield pack. Based on that performance, an MLS club might’ve thought to pull the plug on an early pick.

This, it would seem, is a heaving, fundamental problem with the MLS Combine.