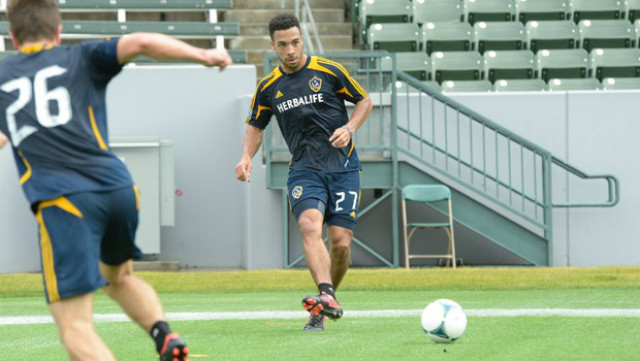 Just a few months ago, seniors across the country were looking to cap off strong collegiate careers by playing as long as possible in the men’s NCAA tournament.

Now, for an even more select few, draft picks and preseason camp invitees are angling to make pro rosters in MLS, as the dream of playing at the next level stays alive. 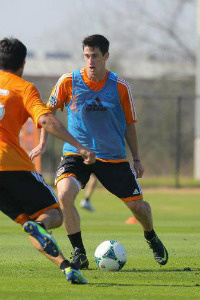 With the MLS season slated to start on March 2, time is running out for players to impress coaches and earn contracts. Here’s a look at college seniors still looking to make it, currently in camp with clubs across the country:

Not many people expected Boston College’s Charlie Rugg to be a first round draft pick, after struggling through injuries his senior year. The LA Galaxy thought otherwise, taking a risk on the powerful striker. Rugg showed well in a Wednesday friendly against UCLA, as the Galaxy won 7-2 and the former ACC standout bagged a couple of goals.

Supplemental Draft pick Peter McGlynn, out of UC Santa Barbara, spilled the beans on Twitter that he’s signed a contract with the California club despite no announcement making it official yet. The Quakes have other players still fighting for spots, including first round pick Tommy Muller (Georgetown), along with a pair of Stanford products, Adam Jahn and Hunter Gorskie.

While the roster is taking a very Akron-like look, the Portland Timbers still have former Zip goalkeeper David Meves with them in camp, while Pacific Northwest product and second round SuperDraft pick Dylan Tucker-Gangnes (Washington) already signed a deal with the club.

Indiana national champ and striker Eriq Zavaleta is the only draft pick to sign a contract with Seattle (although via a Generation adidas deal), leaving Dylan Remick (Brown), Will Bates (Virginia), who is rehabbing an injury, Jennings Rex (Charlotte) and Kevin Durr (Air Force) as the others looking to earn a spot.

Supplemental Draft pick Brian Rogers (Harvard) is the last unsigned draft picks standing out in Vancouver, as he made the travel roster for the team’s upcoming trip to Charleston, South Carolina.

A trio of hopefuls remains in camp with the New England Revolution. Midfielders Donnie Smith (Charlotte) and Gabe Latigue (Elon) both featured in a friendly Wednesday night against the Seattle Sounders, while goalkeeper Luis Soffner (Indiana) was included on the travel roster and looks like he could end up as the team’s third GK.

Former George Mason forward Taylor Morgan certainly did himself a favor on Wednesday, scoring a goal in Toronto FC’s preseason win over Orlando City. The Supplemental Draft Pick surely remains a long shot to make the final roster, and one of his main competitors is Coastal Carolina product Ashton Bennett.

Despite his status as an international, Duke’s goalkeeper of the last four years James Belshaw remains in camp with the Chicago Fire as the team’s preseason swings down to Charleston.

Another college player to spill the beans on his was Canadian defender Drew Beckie, who signed with the Columbus Crew after four years at Denver.

The Philadelphia Union is one of a handful of MLS clubs down in Florida, and brought with them a full allotment of draft picks, including Eric Schoenle (West Virginia), Don Anding (Northeastern), Stephen Okai (Mobile) and Leonardo Fernandes (Stony Brook).

Draft picks Jimmy Nealis (Georgetown) and Anthony Arena (Wake Forest) both look like they could end up signing on the dotted line with the Houston Dynamo, currently hanging on to spots in the club’s camp, and taking part in the first team’s 11-0 win against the Academy team this week.

Another team that’s made a lot of moves save for signing draft picks, the New York Red Bulls are still carrying a slew of players with them in Florida, including Ian Christianson (Georgetown), Michael Bustamante (Boston University), Ryan Clark (Monmouth) and Andrew Ribeiro (Creighton).