MLS Prospecting: Cream of the Crop 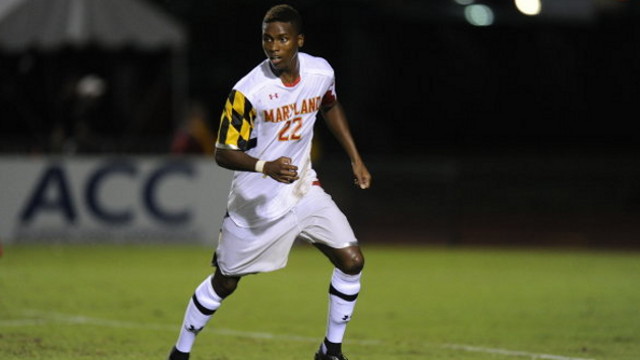 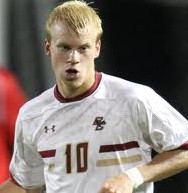 There’s no doubting the pedigree on Kyle Bekker, but injuries during his senior season have slowed his output, and it could mean a slip down the rounds on draft day.

However, teams in need of midfield creativity would be foolish to pass on a quality player like Bekker. He’s spent time abroad training with both Everton and Ajax prior to his college career, and was even targeted to sign a pro deal by Toronto FC.

Obviously, he didn’t make the jump then, and despite his limited goals and assists output, Bekker remains a quality attacking midfielder -- and while the transition of players at that position from college to MLS can be a sketchy prospect, Bekker certainly has the pace and physical attributes to cover ground on the wing and do some of the defensive dirty work. He was a part of the Canadian U23 men’s national team that defeated the U.S. at qualifying earlier in 2012, one of just two college players on that team.

Of course, there is risk involved that Bekker might not be able to fit in at the next level, or that he may end up pursuing opportunities abroad once this season comes to an end. Regardless, he’s a name that coaches should know heading into January 2013.

To get a small idea of what he is capable of, watch him bury this free kick in 2011 against North Carolina.

MF Carlos Alvarez, Connecticut: Played 69 minutes in a 4-0 win over Seton Hall on Wednesday, notching an assist in the win.

F Will Bates, Virginia: After starting in a tough 4-1 loss at home against Wake Forest, Bates returned the score sheet on Tuesday in a 3-2 defeat of Wright State. He now has 9 goals in 13 games, and will need to keep it up as the late season arrives.

GK James Belshaw, Duke: Started and played 90 minutes in a pair of games -- a 2-1 loss at home to Maryland last Friday, and a 2-0 win over Presbyterian on Tuesday evening.

F Ashton Bennett, Coastal Carolina: Scored twice in an 8-0 rout of VMI last Saturday, as he continues to get his season on track.

D Greg Cochrane, Louisville: The Cardinals continued to pick up the results in the Big East, with a 1-0 win over St. John’s on Saturday evening.

MF Machael David, UC Santa Barbara: Returned to action on Tuesday and showed how valuable he is to the Gauchos midfield in a 2-0 win over Sacramento State. David was advised to hold back on runs forward, but still played 90 minutes in his first game back in three weeks.

MF Paolo DelPiccolo, Louisville: Continues to impose himself in the center of the park for Louisville, and with his size is a promising prospect for MLS.

MF Jose Gomez, Creighton: Picked up a goal and an assist in Creighton’s 3-0 win over UMKC on Tuesday night.

GK Scott Goodwin, North Carolina: The netminder played another 90 minute shift on Friday evening and yet another shutout as the Tar Heels eased past College of Charleston 3-0. Goodwin has only conceded three goals so far this year.

MF Ryan Hollingshead, UCLA: Chipped in with three assists in a wild 4-3 win for UCLA over San Diego State on Friday. Hollingshead has three goals and seven assists on the year.

F Hakan Ilhan, UNC Greensboro: The Spartans are in a slump and likely to miss out on the postseason following four losses in a row. Ilhan had an assist two weeks ago, but has not scored since September 29.

D Taylor Kemp, Maryland: Continued to be missing for the Terps, not playing in Friday night’s 2-1 win over Duke and sitting out during Tuesday’s 2-0 win over Colgate. Pro stock has to be slipping with the nagging injuries continuing to be an issue.

D Kory Kindle, CSU Bakersfield: Scored two goals in the 6-2 win over Seattle on Sunday. This is a big week for Kindle, as the matchup against New Mexico could be a telling sign for his professional future.

M Fernando Monge, UCLA: Played all 90 minutes in the 4-3 win over San Diego State on Friday.

D Tommy Muller, Georgetown: The center back started and scored an important goal against Marquette on Saturday, as the Hoyas defeated their Big East foes 2-1 at home.

D Jimmy Nealis, Georgetown: The impressive left back had a strong outing against Marquette, doing what he does well -- getting forward frequently to join the attack and keep things tidy on the left flank.

MF Dillon Powers, Notre Dame: Played 76 minutes and had an assist in a comfortable 6-1 win over Seton Hall.

MF Andrew Ribeiro, Creighton: Started and played 90 minutes as the Bluejays won easily 3-0 on Tuesday evening. Appears to have momentarily taken over a spot in the back line as Elmar Bolowich continues to shuffle things.

F Charlie Rugg, Boston College: In the lineup the last two games, but Boston College’s offense sputtered in a 0-0 draw against Clemson and a 1-0 loss against Brown on Tuesday evening.

F Devon Sandoval, New Mexico: Scored a goal in the Lobos 2-0 win over Denver on Sunday.

D Eric Schoenle, West Virginia: The center back started but only played 24 minutes in last weekend’s 3-1 win over Hartwick. The Mountaineers face a crucial MAC clash with Akron on Saturday.

F Blake Smith, New Mexico: The winger had two assists on Sunday to push his season tally to nine helpers, which is among the best in the nation.

F Donnie Smith, Charlotte: Played 77 minutes in a 3-0 win over La Salle at home. While Smith isn’t finding the back of the net with a strong frequency, he continues to show a quiet quality that is certain to work at the next level.

MF John Stertzer, Maryland: While the midfielder hasn’t scored at the same clip of a year ago, Stertzer scored in Friday’s 2-1 win over Duke, before coming off the bench in Maryland’s 2-0 defeat of Colgate on Tuesday night.

F Chris Thomas, Elon: Took his goal tally to 19 on Tuesday night with a pair of first half penalty kicks in a 3-2 loss against the College of Charleston.

MF Ian Christianson, Georgetown (Chicago Fire, Senior): The senior central midfielder continues to play well in the middle of the park, passing the ball and breaking up attacks against opponents like Providence and Marquette.

MF Wil Trapp, Akron (Columbus Crew, Sophomore): Maintained his solid and steady play in the midfield for the Zips, helping his defense keep another clean sheet in a Tuesday win over Michigan. 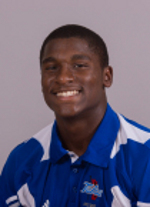 D London Woodberry, Maryland (FC Dallas, Senior): After starting on Friday night against Duke, Woodberry was given the night off as Maryland defeated Colgate on Tuesday night.

D Mikey Ambrose, Maryland (FC Dallas, Freshman): The first-year player is perhaps the frontrunner for ACC freshman of the year, leading the team in minutes played and starting both of Maryland’s wins.

F Gyasi Zardes, CSU Bakersfield (LA Galaxy, Junior): Sometimes stats do not tell an accurate story, tbut hat is not the case with Zardes. He is every bit as good as his 11 goals and six assists in 11 games this season.

F Brandon Allen, Georgetown (New York Red Bulls, Freshman): The goal scorer couldn’t find the back of the net in his shift against Marquette over the weekend, although he’s still the leading scorer for the Hoyas.

D DeAndre Yedlin, Akron (Seattle Sounders, Sophomore): The right back continues to get forward and add to the attack, picking up another assist, a team-leading sixth on the season in the win over Michigan.